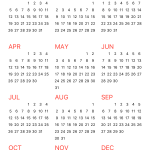 Did the iPhone have 2017 on its calendar? It certainly did. It also has many more years. After scrolling through six hundred years, I gave up – I didn’t think I would need to worry about years like 2741. A Google search reveals that the iPhone can provide dates to AD 60,000 and beyond. Why anyone should need such a calendar is baffling.

Perhaps some of us are like the elves in The Lord of the Rings. Tolkien’s mythical heroes always seemed an attractive race of beings. The Elven king Thranduil had fought Sauron the Dark Lord some three thousand years prior to the events of The Fellowship of the Ring. Wouldn’t such longevity would completely transform our lives? When the elves do depart from the present world, they don’t die, they sail to the grey havens. It seems a prospect infinitely more attractive than the brief moment of human life.

Yet, if life could be prolonged, what difference would it make?

If we could live hundreds of years, with a reasonable quality of life, would it make a great difference to the way we live now? Would the additional years be devoted to the achievement of things for which there is presently not enough time – studies for which there had not previously been time, reading all the books which we had promised ourselves, planting the perfect garden, learning skills we had never considered, doing all those things we missed out on?

Or would the extra time be used much as much of the present time? Upon the death of a mutual friend, a friend once pointed out the old adage, “it is not the years in your life, it’s the life in your years that matters.” At the time, it seemed a pointing out of the obvious, but the passing years have reinforced the truth of his comment.

A friend in college days, whose life was cut tragically short, had an extraordinary capacity to get three times as much life from his days as anyone else.  While on a three year full time course of studies, he worked at the night desk of a national newspaper, taught himself Russian, so at to have a better understanding of Orthodox Christianity, and still found time for a social life. 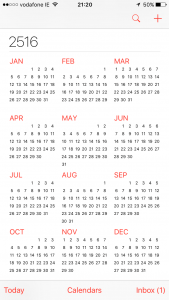