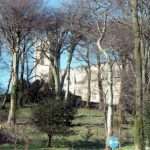 There seemed always an uncertainty about the status of the day, it differed from one town to another. It seemed it was a bank holiday that was not necessarily observed as a public holiday.

Spending three years as a curate in Newtownards in Co Down in the late 1980s, Saint Patrick’s Day was an ordinary working day. It seemed almost an article of faith among some business people, and even among some workers, that they would not take a holiday that carried with it the implication that they were “Irish.” There were not only political loyalties in play, religious convictions played a part: Ulster evangelicals did not have much regard for “saints,” favourable sentiments towards those with “saint” before their name were associated with those who belonged to the other community. The unexpected dissenting voice among the evangelical Protestant community was that of the Reverend Ian Paisley, who had read the writings of Saint Patrick and believed that the words of Patrick’s “Confession” were an expression of a deep evangelical faith with which a Free Presbyterian might identify.

Moving to a rural community south of Downpatrick in 1989, Saint Patrick’s Day assumed an altogether greater importance. Patrick was not just a saint, he was our saint. He had established his first church at Saul and tradition said he was buried on the hill on which was built Down Cathedral. When Saint Patrick’s Day came, it was a day for going to church in the morning and to the parade in the afternoon, and no-one expected you to be working.

In 1996 came a move to Larne in Co Antrim, and a feeling towards the celebration of Saint Patrick’s Day one might have expected in a community which protested its Britishness. Within the Church of Ireland community there were some with a deep sense of the Celtic church and the rich heritage we had received, but the general mood was one of antipathy towards anything that might have spoken of the Ireland of the Fifth Century.

Moving to Dublin in 1999, there came the expectation that the patron saint would be honoured in an altogether different way, it was: Saint Patrick’s Day in Dublin seemed an occasion for excess of every sort. The vague aspiration that the spirituality of the Fifth Century preacher would find a place in the hearts of more than a handful of people was to be disappointed, suggesting that people from the Church of Ireland community might make attending church a priority on 17th March fell on mostly deaf ears.

Moving to Co Laois in 2010, and having the care of Seir Kieran in Co Offaly, one of the most ancient of Christian sites in the country, there was a hope that at least people here would find time for Patrick. Gathering for Holy Communion this morning, there were just thirty of us from a Church of Ireland community four hundred strong. What was the day about for everyone else? What is it that is celebrated on 17th March? 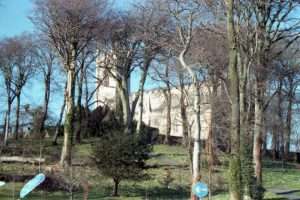