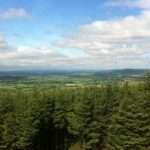 It was the autumn of 1980 that I first heard the music. Having dropped out of university at Easter, and drifted through a summer memorable only for days spent digging the garden and watching black and white television coverage of England losing a test cricket series against the West Indies, by the autumn it was time to put life back on course.

In the springtime, the college authorities had graciously granted a year’s leave of absence and the county council had agreed to suspend grant payments until I returned to London in April 1981. There were seven months to do something constructive and voluntary work as a houseparent in a convent boarding school for boys with learning disability was the best option available.

Accommodation for the autumn would be at the gate lodge in the grounds of the school, which had once been a grand Nineteenth Century house. The house was shared with two male members of staff, older and more worldly wise, they had a fine collection of music. Among the recordings was the theme music to Stanley Kubrick’s film Barry Lyndon. Never having visited Ireland, knowing nothing of Irish 18th Century history, and not having the story explained, the music stood by itself.

To someone who knew nothing much about anything, the name of Stanley Kubrick provided the music with a strange aura. Kubrick had made 2001: A Space Odyssey, a film that had seemed disturbing, and the frighteningly violent A Clockwork Orange, the book version of which had provided uncomfortable reading earlier in the year. The music for Barry Lyndon seemed the sort one would not have expected for a Kubrick film, but when one doesn’t know what the film was about, what music should one have expected? There was lots of classical music and an atmospheric Irish tune with a name that defied a monoglot English speaker: Mná na hÉireann was a Seán Ó Riada tune that possessed a haunting quality.

Listening to Lyric FM’s Movies and Musicals on a chilly grey March afternoon, passing woodland where the buds of spring were appearing and where there was even a hint of blossom, music from Barry Lyndon was played. The main theme, a piece from Handel, was followed by the Irish air that had been so much the mood music of that distant autumn. More than thirty-five years later, it had the power to evoke a sense of bewilderment with the world that had been so much the personal experience of the year.

There was a temptation to flick through the waveband and find something else, but there then came the realization that this music had helped create a fascination with Ireland, it had created a desire to go to the places that would inspire such airs. The road ahead was wide and open, the clouds were breaking and the shadows were gone. 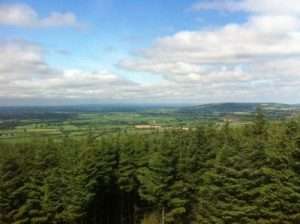