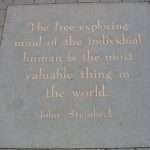 Being an eighteen year old undergraduate at the London School of Economics in 1979, meeting American students was an encounter with a different world. Affluent, travelled, cultured, they were everything a teenager from rustic rural England was not. There was a presence and a poise and a quiet self-confidence. They came from families where fathers had been war veterans, of World War II, of Korea, of Vietnam, and they had a vision of the world far broader than the parochialism that seemed to characterise British politics. The previous year had seen Britain’s “winter of discontent,” widespread industrial action that had brought little benefit to the strikers, had hurt the weak and the vulnerable most, and had ensured the election of Margaret Thatcher in May 1979. It seemed unthinkable that the United States would have sunk into such a self-destructive quagmire.

The primary battle to determine the Republican candidate for the presidential election in the spring of 1980 was between Ronald Reagan and George Bush. There was a gentle mocking at the idea that a former film star might become president, but the American students at the LSE were mostly Democrats and were untroubled by any jibes. Perhaps the memory excises details, but the arguments between the candidates seemed to be on matters of policy and principle. Whether one loved or loathed Ronald Reagan, one knew that his economic policies would spring from laissez-faire neo-liberalism and one could have a reasoned argument with the advocates of such policies. The politics of ideas and principles seems to have become an impossible way of seeking power.

Writing in the Financial Times, Simon Schama suggests that one can thrive by presenting oneself as a “bonehead,” that the way to be popular is to reject anything that might smack of being “intellectual,” and to proudly assert that one has no time for “eggheads.” The political discourse of former generations has been replaced by the sort of row that would probably lead to one being asked to leave a pub, the leading Republican candidate boasting about his male prowess and making allegations that his opponent has had extra-marital affairs. It seems astonishing that the Republican Party has not been able to pull itself out of the pit into which its debates have sunk. Are there no party grandees to say that this is not the way that the Grand Old Party does things?

And silliness is not confined to the Republican Party, Hillary Clinton was asked in an ABC talk show about “Area 51,” the defence installation where conspiracy theorists claim that a crashed UFO is stored. A rational response would have been that if there were aliens with the technology to reach our planet, their technological capacity would be infinitely greater than ours and everyone would be aware of their presence, that the idea that one might be able to hide an alien presence was simply silly. Instead, Mrs Clinton said, “I would like us to go into those files and hopefully make as much of that public as possible. If there’s nothing there, let’s tell people there’s nothing there.” Whatever the government “reveals” will not satisfy the conspiracy theorists, they will simply claim that the cover-up has continued. Mrs Clinton might have simply dismissed the premise of the claims, but instead feels pulled down into fruitless arguments.

Britain never escaped from its parochialism, turning in on itself to the point where its political discourse is now about bluster and personalities, and where it may turn its back on the European Union and become a small and isolationist island off the north-west coast of Europe. The United States has had Democrat presidents for sixteen of the past twenty-four years, it did not need to follow the downward path. It’s hard to imagine what those American students in London long ago would have made of it all. Where did it go wrong? 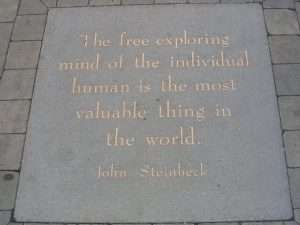