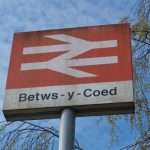 A colleague used to tell of a medieval parish in England where, as they processed up the aisle on a Sunday morning, members of the choir would bow as they passed a certain point around halfway along the nave. No-one knew why this particular quirk occurred each Sunday, there was nothing of significance in that part of the church, no reason why anyone should bow their head at that point. It was only when restoration of the church was taking place that workmen uncovered a centuries old wall painting of the Virgin Mary. The painting would have explained the origin of the reverence shown at that point in the church, the tradition continuing when its apparent reason disappeared.

There are apparent quirks that will presumably have more obvious explanations than ecclesiastical customs. There will be a logical explanation why each morning from Monday to Saturday, a train departs the small Welsh town of Betws-y-Coed at 0554 and after a journey that takes half an hour terminates at Blaenau Ffestiniog at 0624. There will be a logical explanation why there was a postal delivery on Good Friday to addresses in the city of Kilkenny, but no such delivery to rural communities.

Then there are quirks which seem to derive from an arbitrary decision taken by someone at some point. Once I encountered an educational charity that would consider applications from applicants who lived within fifty miles of the general post office in the city of Waterford. Why fifty miles? Why not specify particular counties or communities? The benefactor presumably had his reasons.

Then there are the quirks which are not amenable to the processes of logical explanation. The physical world seems to possess a far greater degree of quirkiness than would be anticipated in our expectations of science.

Sitting in a restaurant this evening, Heisenberg and Schroedinger were discussed. The usual joke family joke about them arises from a very shallow understanding of Heisenberg’s uncertainty principle and the idea of a cat that can be both dead and alive that is used by Schroedinger to illustrate the concept of superposition. The joke goes that they were travelling in a car together when they were stopped by traffic police. “Do you know what speed you were doing?” Heisenberg was asked.

Looking in the back of the car, the police officer said, “did you know there was a dead cat in this box?”

The joke is precise and comprehensible when compared with the quirkiness of the realities they sought to describe. Encountering a world where things are because they are, to search for explanations is probably futile. When trying to explore some of the world of physics, human activity can seem in comparison to be entirely explicable and logical. 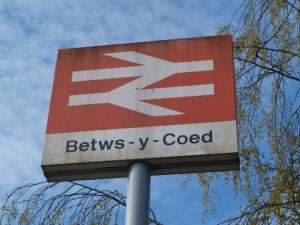