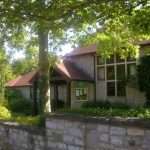 School holidays in Somerset in the 1960s and 70s seemed always for an imprecise period of time. Christmas and Easter would be two weeks plus two days and summer would be six weeks plus two or three days. The purpose of the odd days was never clear, perhaps it was to shorten the first week or last week of term; perhaps, if such a thing happened in those times, it was to facilitate staff training, allowing it to take place in the odd days that were outside the core weeks of the holiday. No-one asked questions about such things, no-one even thought to ask, we were just glad for any holiday that came along.

The period may have been imprecise, but the thing that was certain is that they all came to an end. Even the long weeks of the summer came to an end, the long-awaited end of the school year being succeeded by an all too brief break before the grimness of September days and autumn evenings arrived, curtailing the enjoyment of children who spent most of their spare time outside.

Childhood was a time when anything might be possible, when every day might hold something entirely novel, something no-one could have anticipated. Of course, anything was not possible, and nothing novel or unanticipated ever came along, but that never dampened the irrational optimism of those who read books telling of adventure and wonder. If things could happen to the characters in the stories, they could also happen to us.

There was a great equality within our community. We weren’t impoverished, it was just that no-one had money to spare, the furthest anyone in our school might travel in the summer holidays was to Devon or Dorset, the biggest gift anyone might receive for a birthday or Christmas was a bicycle. Where else would anyone have wanted to go? What else would anyone have wanted to have?

That strange sense of childhood foreboding came when looking at the diary today. Because of the timing of Saint Patrick’s Day, our parish school had two weeks and two days of Easter holiday, instead of the customary two weeks. The additional two days seemed to make the break significantly longer. Two weeks ago yesterday, they finished for their holiday. Now there is just one day of holiday left before the weekend, and the return to school on Monday.

Do children still approach a new school term with a similar sense of gloom, or has everything changed? When they wake tomorrow, will they feel that the holiday passed too quickly, or will they look forward to Monday with an enthusiasm we would not have recognised? 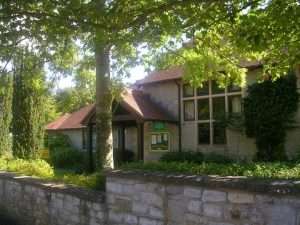