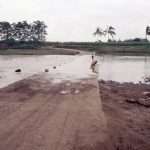 In the late Nineteen-Eighties, there were housing estates in Northern Ireland that were places where the regular rule of law simply did not apply. To have called for police assistance would have endangered the officers who attempted to respond and would probably have increased the danger to oneself. (Of course, calling for assistance at all would have been a challenge in situations where telephones were not plentiful.) To cope find oneself in danger in such places demanded finding a way out by oneself.

So it was that a school headmaster who went to visit the house of a family whose child was having a difficult time in school found himself about to leave the house of the family and being confronted by the sight of a gang of youths standing around his car. Stealing cars and setting fire to them was routine activity in such areas, hardly worthy even of mention on the local news.

The headmaster, a seasoned student of human nature, knew that to show fear would have only been an encouragement to the youths, he needed to take the initiative. “I strode down the garden path smiling and asked them how they were. We stood at the car talking and I was able to eventually get in and drive away without any hindrance.”

It was two or three years later, in a very distant place, that the headmaster’s story took on an unexpected relevance. Visiting the Philippines,  we had been taken to visit people who were internal refugees, members of a community that had been displaced by the low intensity conflict of the time. The refugees were living in  a woodland area in desperate conditions, houses made of bamboo were barely more than shelters and there were no amenities whatsoever. The political loyalties within the community were evident, a family we visited had called their children Marx and Mao.

To reach the refugees had meant travelling roads where there were constant checkpoints manned by militias supportive towards the government; they had been less than welcoming and we had been told we must be out of the area by three o’clock in the afternoon. Returning to the village nearest the refugee encampment, we were confronted by militiamen, they were heavily armed and very drunk. They were not happy at our presence. Our Filipino guide went to talk to them. Remembering the headmaster, I went up to one and held out my hand. He smiled and took  my hand. Neither us had a clue what the other said, but there was a slap on the back. I gave him my business card and told him that if he was ever in Northern Ireland he should call in. He took the card, smiled, and put it in his pocket. We were allowed to leave without any further problems.

When confronted with a danger, there are three human survival strategies: flight, fight or appeasement. When one cannot escape and faces overwhelming odds, the only option available is to try to appease those who threaten you, whether it means talking to youths who would take your car, shaking hands with militiamen who dislike your presence, or, this week, posing for a photograph with someone who might blow you to pieces.

The Irish Independent carried the headline, “Mother of man who posed for photo with EgyptAir hijacker scolded son’s ‘stupid’ actions”, but what her son had done was to display a survival strategy that has served humans well through the millennia, he had sought to appease the man who threatened his life. The excoriating remarks made on social media concerning the man’s behaviour will mostly come from those who have never faced danger. Had we been in the man’s situation, what would we have done? Establishing a rapport, a bond, even the appearance of a friendship, would seem a small price to pay for survival. 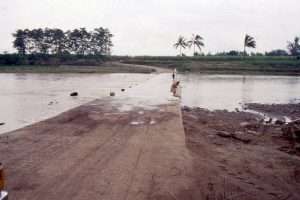