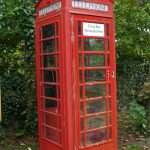 Driving from the town, a girl of perhaps fifteen or sixteen years of age stood at the roadside, leaning against a concrete bollard that prevented vehicles driving up a path. In school uniform, and with her schoolbag on the ground beside her, she was presumably waiting for someone to arrive. Her entire attention was focused on the smartphone in her hands; one suspected a unicorn might have galloped by, or aliens might have landed, or fairy folk might have danced in the road, and it would all have passed unnoticed.

A revolution in human society has taken place with barely a word of comment. The counter-revolutionaries might rage against young people inseparable from their phones, but the rage is unheard, ineffectual. (The greatest irony of all is that some resort to Facebook to complain about the changes that have happened). In ten years time, it will be hard to imagine what life was like before the smartphone revolution. Even now, there are moments when it is an effort to remember what life was like before the world became accessible from a device a few inches square.

It would demand a shift back forty years for me to be fifteen or sixteen again, how did we stay in touch? It was difficult. Regular contact was with those from your own village or those you met at school; it was face to face conversation. Telephone calls were made from boxes and demanded twopence and ten pence pieces. Many people did not have telephones, so they could only be called if they were in a phonebox themselves, which meant the call had to be pre-arranged, and if pre-arrangement was necessary, it was much easier to say whatever needed to be said when you met someone, rather than trying to arrange a call, which, anyway, was expensive when you had only coins in your pocket. The other way of communicating was writing letters, but a letter posted on a Friday would probably receive no answer until Tuesday, it did not make for lively conversation.

To be honest, I would have loved to have grown up in the age of smartphones, in an age when the world’s information is only a few typed words away, in an age when conversations with friends need never end, in an age when no-one is cut off, when no-one has to be isolated. Of course, smartphone use is often far from the ideal it might be, but it’s not going to go away.

In forty years time, the girl standing at the roadside will probably laugh when remembering the primitive devices we had in 2016. We can no more imagine the world in 2056 than teenage boys with long hair and flared trousers could have imagined the smartphones we have now. 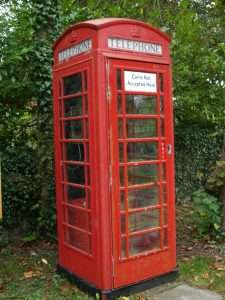