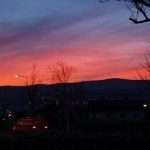 Marty Whelan’s breakfast programme on Lyric FM offers one all the information one needs for the day: news, weather, traffic updates, and quirky bits. Today’s quirky fact was that this would have been the 87th birthday of Gerry Andersen, a man whose television programmes remain fresh in the memories of many of those who were young in the 1960s. In tribute to Andersen, the theme music from Thunderbirds was played.

Andersen’s credits include Fireball XL5, Stingray, Thunderbirds, Captain Scarlet, UFO, Space: 1999, and Terrahawks. For someone who watched television avidly, it is Thunderbirds and Captain Scarlet that remain the most memorable.

Thunderbirds, with the exploits of International Rescue, hadn’t the tension of Captain Scarlet, it had no scary aliens; it also gave rise to far more merchandise than Captain Scarlet could even have imagined. How many Thunderbird craft were there? Five? On top of which there was Lady Penelope’s pink car. A friend had the complete Thunderbird set, but games always meant he got the best craft and gave all the orders. One knew that International Rescue would always save the day.

Captain Scarlet was one of the officers who belonged to Spectrum, which was an acronym for something; its officers, each one having the name of a colour, took commands from Colonel White and they were supported by Lieutenant Green. The enemies were the alien Mysterons, whose presence was indicated by hoops of light passing over the places they approached. They had turned one of the Spectrum officers to their own evil ways; inevitably, the traitor in Spectrum’s ranks was Captain Black, who had a sinister look and a permanent five o’clock shadow. (Captain Black gave me a lifelong distrust of people with designer stubble). The female presence came in the form of the Angels; the fighter pilots who took to the air in brilliant white aircraft and were called things like Melody and Harmony.

Looking back at the videos available online, the programmes now seem extraordinarily simple. In a time when computer generated images offer us an increasing complexity, in a time when virtual reality is expected, the programmes would probably now find few viewers. The puppets never looked like anything other than the marionettes they were, the storylines were simple.

Perhaps Gerry Andersen was reacting against the political corruption and international violence that characterised his times; he presented characters who spoke and acted with integrity; he presented presented technology as something that could be used for progress. Perhaps those of us growing up watching his programmes absorbed the hope that was found in his productions.

The dark shadows and circles of light which signified the presence of the Mysterons still have the capacity to evoke a childhood feeling of fear, but there is still a childish optimism that there are in the world people of the calibre of Captain Scarlet and Captain Blue, who will jump into their Spectrum Pursuit Vehicle and come speeding to the rescue.

Ah, Marty Whelan, had only you the power to turn into reality the imaginings you provoke. 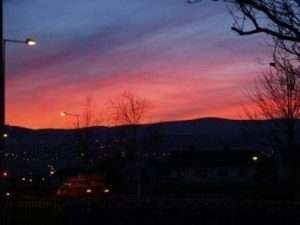