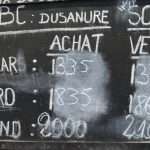 A late decision to travel will require different flights and arrival at different airports, a rendezvous at Chatelet-Les Halles station at 11 am on Saturday.

In Philadelphia, Here I come! Brian Friel’s character, Gar O’Donnell quotes lines from Edmund Burke’s description of Marie-Antoinette as a defence against the onslaught of negative thoughts.

“It is now sixteen or seventeen years since I saw the queen of France, then dauphiness, at Versailles; and surely there never lighted on this orb, which she hardly seemed to touch, a more delightful vision. I saw her just above the horizon, decorating and cheering the elevated sphere she had just begun to move in, glittering like a morning star full of life and splendour and joy.”

The dullness of small village life in the rural Ireland of the early 1960s is transcended by thoughts of beauty and elegance and of a world beyond the imagination of those among whom Gar lived. Time and again through the pages of the play, Gar shouts out the words of Burke as if they were a mantra to lift his mind above the things that oppress him as if they were the words of an incantation, a magic spell that will drive away the demons of mediocrity and repression.

Gar has cause for complaint. His life seems almost uniformly bleak; a monotonous job that goes nowhere; friends who live in a fantasy world of things they might have done; a house shared with his father, who hardly speaks, and his aunt, who carries the emotional burden of them all. Gar’s battles are with his inner self, not with his environment, how would he have coped with the horror stories brought from around the world by the news media?

A friend sent an email this morning from his office in the Burundian capital, Bujumbura.

“Things are not really good here, especially for human rights activists, politicians in opposition and to some extent all the Tutsi. The situation is totally similar to the eve of the Rwandan 1994 genocide; targeted murders, massive arrests and forced disappearance. People are living a situation of constant terror and no one can predict what might happen in the next few days.

This morning an army Tutsi General was killed together with his entire family as they were leaving home going to work/school.  Many people were targeted last night and number of assassinations have been reported. As we gradually continue to get used to war situation, we managed to get to work late in the morning because no one seems to be controlling the situation. We live on day to day uncertainty and the situation has obviously gone out of control.”

Phoning him, the news was even bleaker, he described the deepening poverty, the rising prices, the profiteering, the impossibility of obtaining foreign currency, the difficulty of travel.  What words could one repeat that could exclude such realities? It brought a realization of how trivial are the concerns of a life where the thought would occur to repeat “Chatelet-Les Halles.” 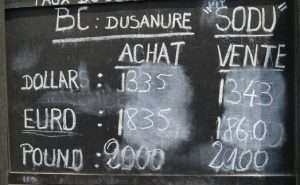