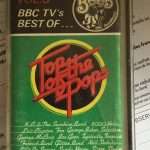 Two Beatles tracks were played by John Creedon, “Free as a bird” and “A Day in the Life”, the former found no resonance, but the latter had the capacity to baffle a child, what was Blackburn, Lancashire like to have four thousand holes?

Of all The Beatles songs that could have stuck in the memory, most of which would have been more appealing to the ear of a child, it is “Eleanor Rigby” that remains, the sadness of Father McKenzie being poignantly narrated through the radiogram in the living room. The radiogram must have been advanced for its time for it had an FM waveband, not that there was much to listen to on FM apart from the radio conversations of the local police force.

Teenage years were filled with music, BBC Radio 1 was always on. The Radio 1 daytime playlist was hardly very adventurous, during the daytime it didn’t venture much beyond what was in the charts. In the course of a day, it would be possible to hear a song a half a dozen times, yet few of them retained a place in the consciousness. The songs that go with particular places seem odd in retrospect. Carly Simon’s “You’re so vain” was played at the village youth club. “Sylvia’s Mother” sung by Doctor Hook conjures pictures of the Devon seaside resort of Westward Ho! On the other side of the county, the town of Teignmouth is tied to Paul McCartney and Wings singing “Listen to what the man says.” Closer to home, Dire Straits’ “Sultans of Swing” brings memories of Beckett’s pub in Glastonbury.

Student years should have been filled with topographically tied records, but the early 80s seemed filled with instantly forgettable material by bands more concerned with their appearance than their music. Blondie’s “Atomic” recalls laughter with friends in Cranleigh and Dexy’s Midnight Runners singing “Come on Eileen” goes with a summer in Co Down, but not much else remains.

It’s not that the songs seemed particularly appealing at the time, just that they seemed to have become snagged on the briars of memory. In retrospect, perhaps the songs that remain the clearest were songs with a strong narrative element, perhaps it was the story that caught the imagination more than the music. People were still speculating until recently about the identity of Ms Simon’s vain lover.

Sadly, the list stops years back. Maybe there was not time to listen to music, maybe the music itself lost staying power. 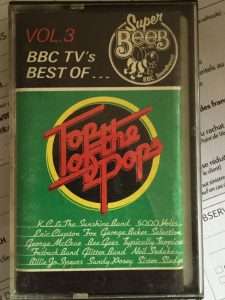