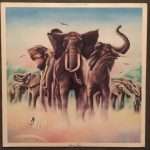 Talking too much frequently causes me to be late, so it was that it was twenty to ten before the parish stuff for the day was complete. Would there be anything left of John Creedon’s programme on RTE Radio 1? Some man was talking about a song entry from Lithuania, or some such place. The heart sank – not content with having it on the television, Eurovision was on the radio as well. Anything is better than Eurovision, even a country and western programme would be better than Eurovision.

A phone call broke the journey and then it was ten o’clock. Flicking to Today FM, there was the news and then the familiar voice of Paul McLoone. Serendipity, a string of Elvis Costello songs and then an extended telephone interview with the man himself. The telephone line was dreadful, Elvis Costello sounding as though he had his head in a box at times, but how often are major musicians prepared to give such interviews?

Elvis Costello was an icon in my youth. He represented all that might be radical in the life of an eighteen year old; I remember seeing  him play at Brockwell Park in Brixton in September 1978. It was autumn, but the sun shone and the air was warm and it felt as though anything was possible. Elvis Costello also represented the romance of being eighteen. His “Armed Forces” album, the one with elephants on the cover and “Oliver’s Army” among its tracks, was given to me as a present at Easter 1979 by my girlfriend of the time, a gift that left me with an abiding sense of guilt because I had not bought her anything. Elvis Costello sang about all the things that mattered to a student heading off to the LSE.

The odd thing about Elvis Costello this evening was that he did not sound as I felt he should sound. While I am thirty-eight years older, I seemed to somehow imagine that he would not have changed, that playing all those tunes would somehow have halted the ageing process. He sounded very nice and very interesting and he recounted tales of unique experiences, of playing with some of the world’s greatest musicians (including Burt Bacharach, who has crept into my affections with the passing years), but he did not sound like the edgy, even dangerous figure of those youthful years of the late 70s.

Perhaps those among whom I stood at that 1978 concert would tell me to look at myself. Where has radical student in sweatshirt, jeans and red shoes gone? How did he become a grey-haired, middle aged parson? Perhaps their objection would be valid, but mere mortals like myself are allowed to become old and dull. Legends like Elvis Costello should remain forever young. 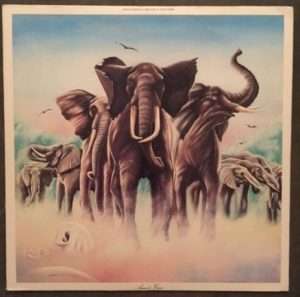