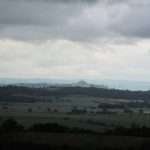 Blackened-faced, combat dressed men standing at the Rectory gates asking questions in flat Estuary English voices; their questions pointless because any answer would satisfy them. Pairs of dark green armoured Land Rovers flying down the road, boys dressed as soldiers staring from the open back door. Windows shaking in their frames as a huge land mine four miles distant blows local men into unidentifiable pieces. The dull, stomach churning thud of helicopters rotors as foot patrols were disgorged into the paddock. Being stopped at the end of my own drive by a zealous soldier, demanding where I was going. Teenagers sitting on the tarmac at the back gate; guns leant against the stone piers; helmets set down in an attempt to find cool in the summer heat; their acceptance of cans of Coca-Cola in defiance of every regulation. Once, opening the front door of the Victorian house in its acre of garden, there was a soldier perched on the doorstep, gun pointed at the crossroads to cover his comrades on checkpoint duty.

If there were sides in the futile and bloody conflict, these boys were on my side, though they made me feel no safer, and what if I had been of the other community? What if I had not been called “Ian” and spoken with an English accent? What if I had been”Pádraig” and had been a nationalist? How would I have liked soldiers in my garden?

Not that the soldiers wanted to be there. They had no training in solving the insoluble. Frightened and uncertain kids, anxious to reach the end of their tour of duty, it became difficult for even a Brit like myself to see them as having much of a beneficial role.

It is hard now to imagine days when vehicles have travelled hostile roads where triggering a roadside bomb would reduce them to no more than scrap metal.

RTE’s “Late Date” programme played Dire Straits’ “Brothers in Arms” tonight. Having spent the week visiting Flanders and the Somme, it had a poignancy, but I wondered about those young men who had been in a conflict few of their countrymen would remember and about which even fewer cared.

These mist covered mountains
are a home now for me
but my home is the lowlands
and always will be.
Some day you’ll return to
your valleys and your farms
and you’ll no longer burn
to be brothers in arms.

Did the English kids behind the eyes that peered at driving licenses, that watched every hedgerow and wall, that looked in through the car window with a mixture of tiredness and anxiety, that showed no hope and less joy, did they desire the camaraderie of a foot patrol, or would they have wished to be back in whatever place was like valleys and farms to them? The answer might have been obvious, but the question would never have been asked. 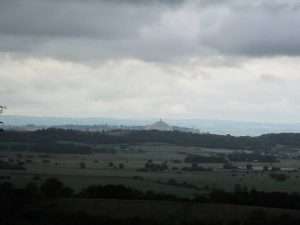