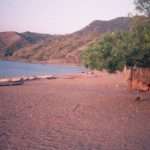 In the days before the British Labour Party was re-branded and the rose was adopted as its logo, the party’s crest was a flaming torch against a background of a crossed quill and spade. The idea of an alliance between workers and intellectuals suggested an aspiration to something more than simple material progress, that a fair and just society demanded more than a redistribution of monetary wealth.

The crest expressed a desire held much more widely than just within the ranks of the Labour Party that ordinary people should be able to live lives for more than just wages and purchases. Reading rooms, evening classes, lectures, summer schools, there were movements dedicated to bringing more than bread alone to the lives of working people.

RTE’s “Bowman: Sunday: 8.30” programme today featured archive material on Jim Larkin, the leader of the Irish labour movement during the turbulent days of the 1913 Dublin lockout. Larkin believed a good life for working people required more than improved wages, Sean O’Casey said of Jim Larkin, “Here was a man who could put a flower in a vase on a table as well as a loaf of bread on the plate.”

Jim Larkin would have understood a colleague with who I stood in a remote Tanzanian village some two decades ago. The poverty was absolute, the houses were built from mud bricks and thatch roofs and were without furnishings and without water. To have a home built from concrete blocks with a corrugated iron roof would have been a dream for the most of those whom we met. In the midst of the poor houses, there was one outside of which someone had planted flowers, which were blooming brightly under the African sun. I remarked on feeling there seemed a certain incongruity in planting flowers when one was so poor. My colleague turned to me to rebuke me, “Just because you are poor, it doesn’t mean you do not wish for beauty.” As if to reinforce the point, a local doctor said he would like to take us to the place where he found peace and tranquility, a beach beside Lake Malawi.

On the day that Jim Larkin died, Sean O’Casey wrote,

“It is hard to believe that this great man is dead, for all thoughts and all activities surged in the soul of this labour leader. He was far and away above the orthodox labour leader, for he combined within himself the imagination of the artist, with the fire and determination of a leader of a downtrodden class.”

“The imagination of the artist?” A century on, it is hard to imagine leaders of Larkin’s inclination. How much beauty is now to be found in the manifestos of the politicians? 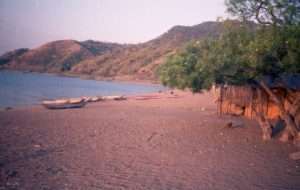