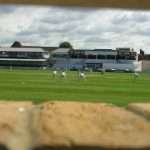 Having started at nine o’clock yesterday morning, and having finished at ten o’clock last night, it seemed reasonable to finish at five o’clock today. The trouble, though, is that free evenings have become times of doing nothing in particular and then reaching eleven o’clock and wishing something constructive had been done with the time.

The time is generally wasted watching re-runs of detective series on ITV 3 with the good lady of the house commenting that she is sure we have seen it before. (Last night, a moment of uncertainty came in an episode of “Lewis”  when Sergeant Hathaway couldn’t gain access to a locked swimming pool. Would he jump through a glass ceiling or break down the door? It was the latter, perhaps it was Inspector Frost who jumped through a ceiling when someone was in danger of being murdered in a swimming pool.) Tonight the detective was Miss Marple, who seems only to have a nasty edge when played by Geraldine McEwan and who is often annoyingly smug, and, anyway, the episode was one that had been broadcast several times before.

Opening the CricInfo App on the phone to see where Somerset might be losing (Somerset tend to lose more often than they win), the score from Taunton showed they were bowling tightly in a Twenty-Twenty match against Essex. Opening the website on the desktop, it offered a link to a BBC cricket commentary. A further click, and it was the County Ground on an early summer’s evening with the commentator expressing delight in the beautiful view of the Quantock Hills from the commentary box high in the new stand.

It was like being at home. Being born in the hospital that once stood in Taunton’s Canon Street, a hundred yards or so from the gates of the cricket ground, cricket coverage offers a tie to childhood years and the many, many visits to Taunton and parking in the shadow of one of the medieval churches in the town centre.

The ease with which it is possible to listen to a match is extraordinary. Live cricket coverage of anything other than major matches was rare in times past.

The first commentary from Taunton I recall was a Gillette Cup match in 1979. Somerset played Kent and, batting first, scraped their way to just 190 runs of sixty overs, an innings in which a solidly built batsman called Graham Burgess was top scorer with fifty runs. The commentators thought it far too small a total for Somerset to win the match and believed Kent, a team filled with top class players, would ease themselves to victory. What followed  was an hour and half of an eighteen year old leaping with delight as the Kent batting was destroyed by the six foot nine West Indian bowler Joel Garner and rising England star Ian Botham: Kent were out for just sixty runs leaving Somerset the victors by a massive one hundred and thirty run margin.

Would there be a record of the match on the Internet? Indeed, there was. Wednesday, 8th August 1979. There was even a full scorecard on the CricInfo website. The only mystery that remains is how I came to be at home listening to the match, I should have been at work that day. 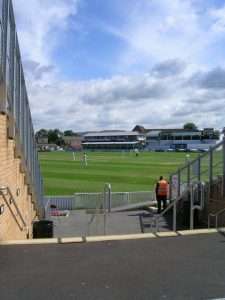