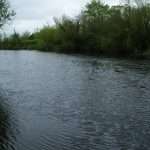 “Did you hang out the washing?”

The text had an accusatory tone. Of course, the washing was still in the machine, where it would have remained, forgotten until something else needed to be washed. There was no intention to forget the washing, more a preoccupation with other things, unanswerable questions.

Paul, who lived down the street, was buried yesterday. He was someone who was worthy of that ultimate of Irish accolades, “a decent man.” Our acquaintance was only passing, a nod, a brief greeting. Once, when we first arrived, he had wired some lights for us, breaking from his retirement routine. Courteous and careful, he was one of those tradesmen more often encountered in story books than in real world situations.

He and a friend would walk their dogs each morning, the small canines walked with the tranquility and peace of mind of their owners, never a yap, never a hackle raised.

There was something reassuring in seeing Paul out for his daily stroll, a declaration that no matter what stories were carried by the radio news, there was still good in the world. But, like all good things, he came to an end.

Having forgotten the washing, I walked the river bank, pondering Paul. Why could there not be some glitch in the laws of physics that would have allowed him to continue his walk every morning? Why couldn’t there be some ripple in the time-space continuum that preserved those who were familiar, those who were reassuring, those who raised a hand in recognition or who spoke a word of greeting?

From childhood days, there came an image of Mr Gardiner (his Christian name was never known to us.) A quiet and gentle man who lived four doors down, he walked his terrier every evening. In summer time, on the edge of darkness, he would pass by our house, recognizable, even in silhouette, by the peak of the flat cap he wore being pulled downwards. His Reliant Robin car made him instantly identifiable on the local roads, its steady, quiet progress expressing the character of its driver.

Monday being the clerical day off, that today was a bank holiday had been forgotten (along with the washing). The usual Monday tranquility of the walk was marred by a group of youths whose vocabulary seemed not to extend beyond obscenities and who seemed to assume everyone would enjoy their choice of music. The reverie was ended. 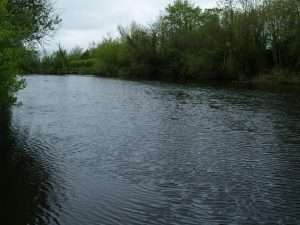