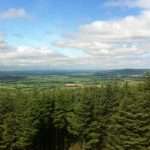 Mugs of tea and plates of cake, and the rain lashing down outside, there was no need to venture out on a wet evening. A couple of extra pieces of turf were thrown into the range from which came there came a gentle heat. “It’s cold enough these nights, especially when it’s damp weather.” The sticky warmth of a week ago had been replaced by fresh and cooler air and it was not hard to understand why someone in their mid-eighties might feel the need to keep the turf burning.

Talking about death seems a favourite pastime; those who have gone early, those who have lingered long, those whose departure was completely unexpected, those who would still have been younger than many of their neighbours if they had not succumbed to cancer, or heart disease, or a stroke, or a neurological disorder, or some needless accident on the road or on the farm.

“Do you remember the first time you thought, ‘one day, I am going to die’?”

“I do. It was when my father died. But I was only young, so I thought it was a long time away and I didn’t think about it again. Then, when I got past fifty, the time started going faster and faster. Now, it’s no sooner Monday than it’s the weekend again. The years go by very fast.”

Once, the phenomenon of the apparent acceleration of time seemed explicable in terms of fractions, each year was a smaller fraction of one’s life. When you are eight, a year is one eighth of one’s life, when you are thirty, a year has shrunk to one-thirtieth, if you should reach eighty, then a year is one-eightieth. The perception of time moving faster arose from the decrease, in relative terms, of the significance of each year.

But then a change came. Living sedately in the Dublin suburbs through my forties, life seemed to gallop along, with little now to differentiate the passing years. Moving to the country on the cusp of being fifty, trying to do too much, spending life on the road, needing to be in two places at one time, encountering constant change; the six years here have been longer than the eleven in Dublin. Perhaps it is the tiredness that makes the days long, perhaps, were I younger and fitter, time would still be racing.

Einstein seemed an inappropriate companion to tea and cakes. From death, we moved on to the next most important topic, the price of land. 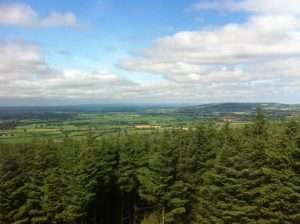