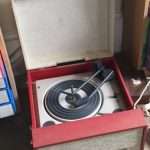 Rod Stewart is playing in Kilkenny tonight. His song “Maggie May” always evokes a moment sat in a Torquay café in September 1975.

It was late September and we were definitely back at school and the song caused a fourteen year old sitting with his five pence cup of coffee to ponder what it might be like simply to not return to school. What sort of world was inhabited by the character, presumably in his late teens, where the start of term might be missed because of a relationship with an older woman?

The woman in the song was troubling. It wasn’t so much that she was manipulative, but that she seemed old. “The morning sun when it’s in your eyes really shows your age,” sang Mr Stewart. The make-up is gone and, in the early light, her face shows lines – how old might she be? Thirty? Surely, not more? Even thirty seemed very old to the fourteen year old at the café table.

And what about his school teachers? Wouldn’t the principal have written to his parents inquiring as to his whereabouts? Attending a school where “authoritarian” hardly described the attitude of some staff members, the thought that there might be places where they didn’t notice whether you were there or not seemed very inviting. And what if it was discovered where he had been during the opening weeks of September while his classmates were poring over their books, what would have happened?

Stepping out of line at our school meant boys buying packets of “Number Six” cigarettes and smoking them surreptitiously when out of the grounds. This character is an altogether different league. He thinks about going back, but there might be other options:

I suppose I could collect my books and go on back to school
Or steal my daddy’s cue and make a living at playing pool
Or find myself a rock and roll band, that needs a helping hand

Fourteen must have been a credulous age, a time when anything seemed believable, when anything seemed possible. There seemed a whole world beyond the corner of that café that was almost beyond the imagination. Maggie May’s boyfriend would not have sat drinking coffee that cost five pence a cup; he wouldn’t even have thought of going to such a café.

Perhaps that was the problem, perhaps if we had gone somewhere else we would have been able to return to school weeks late and not worried about people asking where we had been, perhaps it was just the wrong café.

Or perhaps it was that Maggie May’s boyfriend never existed, any more than Maggie May did – though such a suggestion would have been heresy to a fourteen year old. 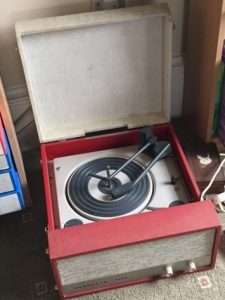