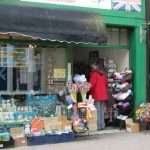 The long road to Brexit began on 12th May 1994, the day that John Smith, the leader of the British Labour Party, died from a heart attack. The grammar school educated, Scottish Presbyterian, Queen’s Counsel was a man of integrity, respected as much by his opponents as by his own party. The Labour Party had lost four successive general elections, but had slowly rebuilt its support after the nadir of 1983. A week before Smith’s death, the Labour Party had enjoyed great success in local government elections, the governing Conservative Party suffering its worst results in thirty years. Smith had taken on the issue of trade union dominance of the party, establishing the principle of one member, one vote, and had still retained working class support, building up a 23% lead in national opinion polls. Had John Smith not died on a May morning in London, the Labour Party would have followed a very different path.

Smith was to be succeeded by a man whose only objective seemed to be power for its own sake, Tony Blair became so preoccupied with capturing the middle ground that his party turned its back on its traditional constituency; working class communities seemed not as important as courting the favour of the tabloid media. The Iraq War of 2003 demonstrated his willingness to tell the public whatever it was that suited his purposes. Watch election results from the mid-2000s onward and one sees the rise of support for right-wing populist parties in areas that were once solidly Labour in their voting patterns. There was a growing sense of grievance that traditional English working class communities seemed to have been forgotten by a party that now focused its attention on “minorities.”

The banking crisis of 2008 and the ensuing austerity measures introduced by Gordon Brown, Blair’s successor, bore down heavily on those who were most vulnerable. Spending cuts, reductions in services, left a sense that Labour was not the party that would protect ordinary people. The defeat in the 2010 General Election was the defeat of a party that had lost its way.

The Labour Party might have analysed its support and concluded there was a need to re-connect with its traditional constituency, but instead seemed to proceed on the basis that it would return to power because the Conservatives were unpopular; all the while it was hemorrhaging support to the populist United Kingdom Independence Party. The 2014 European elections should have been a shock to the party, a graphic illustration that it was failing in its heartlands, but it seemed to treat them as an aberration. A year later, it lost the 2015 General Election because UKIP attracted the votes of millions of working class voters.

Rather than recognizing that there was a need to address the alienation, it held a leadership election where tens of thousands joined the party for £3 a head in order to vote for a candidate known to be hard Left in his inclinations and a former sympathizer with paramilitary groups. If it was possible to find a leader less likely to appeal to traditional working class people, it was hard to imagine one. 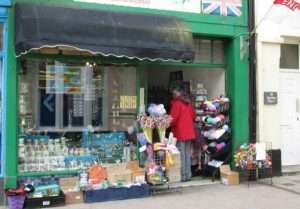