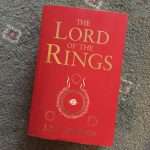 To read “The Lord of the Rings” can seem to take almost as long as Frodo Baggins journey to Mordor and back. There are moments when unspoken comment is made on the omissions of the film version, moments when one wishes Tolkien had not been quite so longsome in his descriptions of scenes, moments when there is the temptation to skip over lengthy narratives of uneventful journeys; but there are also moments when one wonders whether Tolkien might have been inspired to alter the story if he had been writing sixty years later. Had he been publishing the trilogy in the 2010s and not the 1950s, would the technological revolution have influenced his thinking? Would Peregrin Took, one of the Hobbits, have not been overwhelmed by the thought that the sort of stone for which he wished had become commonplace?

In “Many Partings,” Chapter 6 of “The Return of the King,” Tolkien wrote:

The travellers now rode with more speed, and they made their way towards the Gap of Rohan; and Aragorn took leave of them at last close to that very place where Pippin had looked into the Stone of Orthanc. The Hobbits were grieved at this parting; for Aragorn had never failed them and he had been their guide through many perils. “I wish we could have a Stone that we could see all our friends in,” said Pippin, “and that we could speak to them from far away!”

“Only one now remains that you could use,” answered Aragorn, “for you would not wish to see what the Stone of Minas Tirith would show you. But the Palantir of Orthanc, the King will keep, to see what is passing in his realm, and what his servants are doing. For do not forget, Peregrin Took, that you are a knight of Gondor, and I do not release you from your service. You are going now on leave, but I may recall you. And remember, dear friends of the Shire, that my realm lies also in the North, and I shall come there one day.”

Do we realize what changes have overtaken us, when something thought magical two generations ago is now something that can be bought in the high street by those who would have no thought of magic? 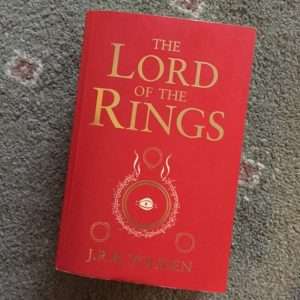