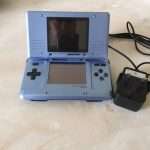 A Nintendo DS was lying on a worktop in the kitchen; no-one knew why it was there. There was a momentary temptation to comment that there seemed no good reason for the existence of such devices, but such an observation might equally apply to many other things, many of which might seem considerably more congenial.

The resident expert on these things, thought it was probably ten years old and wondered why it had appeared. A new version had been bought as a gift for his younger sibling a couple of Christmases previously and he thought it unlikely she was still using the older model.

The device is at least nine years old, for it was first encountered in July 2007:

Making dinner this evening, I was talking to my daughter who was playing some hand held game. “Oh no”, she exclaimed, “my barn has fallen down and my cow has died – it was my only form of income.”

The game was called Harvest Moon, I discovered, and was based on agriculture.I was about to launch into a discourse on people whom I had met in Tanzania for whom their single cow really was their only form of income. I was going to suggest that the death of this cow would be catastrophic, but I held my tongue.

The game had caused an expression of rage against the contemporary consumerist, profit-driven society:

I am part of the world that has trivialized everything – from human relationships to human survival, it has all become entertainment. Religion has been told that it must remain in the realm of the private and the personal, while the great god profit dominates the public stage. There is no realm of human experience that is out of bounds for the makers of profit.

Do the makers of Harvest Moon have the slightest inkling of what it is really like for a cow to die when you are poor? Do they even care?

Looking back on opinions expressed a decade ago, the normal tendency is to wish to moderate what had been said. There is a mellowness that comes with the passing years, a softening of the hard edges, a wish not to be so harsh, but there seems no reason to feel only less rage now than there was then. Visiting Rwanda five times and Burundi three times in the years since that July evening, there have been many, many households for whom a cow was their only source of cash earnings, and even more households who would have grabbed at an opportunity of having a cow. Turning a struggle for existence into a game is as repugnant now as it was then. 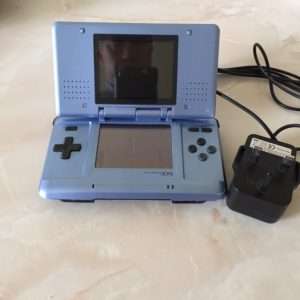