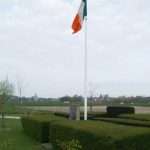 They lie near each other in Artillery Wood cemetery in Flanders, Francis Ledwidge, a labourer from Co Meath, and Humprey Ellis Evans “Hedd Wyn” (Blessed Peace), a farmer’s son from Merionydd. They died on the same day, 31st July 1917. Ledwidge was one of a group of men detailed to repair a road and was killed by a shell that landed among them as they stopped to drink tea. Father Devas, a chaplain who knew Ledwidge, arrived soon after the shelling, and wrote “Ledwidge killed, blown to bits.” Ellis Evans was mortally wounded by a bullet that hit him in the stomach as his battalion advanced across No Man’s Land.

The men were both established poets, Ledwidge’s work had been published, Hedd Wyn was to win the bard’s chair at the 1917 Eisteddfodd, an award he would never be able to collect because he lay beneath the mud of Flanders.

Both men had to cope with contradictions, Ellis Evans came from a Welsh chapel background, evangelical Christians with a strong pacifist background, to join the army was contrary to his tradition and his beliefs. Ledwidge had been a trade union organizer and was an Irish nationalist, to fight a war on behalf of the empire was contrary to both traditions.

Perhaps it was the contradictions in his background that gave Ledwidge an understanding of the need for a history that included everyone. After the 1916 Easter Rising in Dublin and the ensuing executions, which were performed by the British army in which Ledwidge was serving, he wrote a Lament for Thomas McDonagh, himself a poet. The opening lines appear on the memorial tablet that stands below the Tricolour that flies close to Artillery Wood cemetery:

Visiting the memorial for the first time some years ago, there seemed an irony that lines written to commemorate an Easter rebel executed in 1916 were used to commemorate the soldier in the British army who wrote them, but perhaps Ledwidge would have smiled at the thought that his commemoration is one that embodies the contradictions and complexities of Irish history. Perhaps since 2014, Ireland has taken significant steps toward a history that cherishes all of its children equally.

Hedd Wyn’s tradition seems not to have fared so well. Christian pacifism seems almost to have disappeared and the great chapel tradition that nurtured it has disappeared in many places. Perhaps, as Hedd Wyn suggested in his poem War, God has gone.

Why must I live in this grim age,
When, to a far horizon, God
Has ebbed away, and man, with rage,
Now wields the sceptre and the rod?
Man raised his sword, once God had gone,
To slay his brother, and the roar
Of battlefields now casts upon
Our homes the shadow of the war.
The harps to which we sang are hung,
On willow boughs, and their refrain
Drowned by the anguish of the young
Whose blood is mingled with the rain 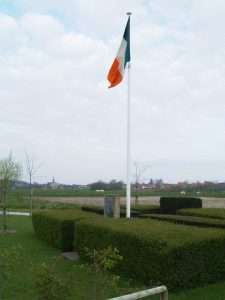