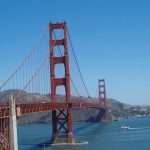 “I have only been to America once, I went to San Francisco. It’s a wonderful place.”

The IT professional bound for a Silicon Valley posting looked at me and agreed that it was the city that was an interesting place to maybe visit at the weekend.

“There’s so much . . .” The conversation tailed off as someone else asked a question.

Driving away, I wondered, “So much what?” What was there that I found delightful in the city would appeal to an IT person half my age?

San Francisco for me was a place of childhood dreams. It was the setting for a police series we watched on our black and white television; it was the ideal place for the pop songs on the radio; it was the centre of an alternative world in student days. I had been fifty when I visited San Francisco; it was impossible to explain to someone who took such a journey for granted how much that visit had meant.

But what would there have been in my list of “so much”? Of course, there would have been the iconic Golden Gate Bridge, and Alcatraz Jail, and the streetcars, but then my list would almost certainly have diverged from anything that might have interested someone a generation younger. The church where Joe Dimaggio was married, the City Lights bookshop, the Museum of Modern Art, the places of 1960s culture, it didn’t seem likely that my listener wouldn’t have been impressed; bemused, more like.

There was a realisation that the places that so fascinated me would have left cold those who did not share my interests. Their reaction would have been similar to mine when people from our village described their delight in going on coach trips to Blackpool to see the Illuminations, something I imagined would be unbearably dull.

Having a mobile phone with access to the Internet, it is possible to listen to broadcasts inaccessible to any radio. Anton Chekhov’s “The Seagull” was on BBC Radio 4 Extra between 5.00 and 6.00 pm. It was a reason to drive more slowly than usual so as not to finish the journey before the programme was over. Switching the app off at the end, the thought occurred that this was probably one more thing unattractive to someone in a high powered technology environment, Chekhov is not the stuff of life in the fast lane.

As culture becomes more fragmented, as television becomes a medium for narrowcasting and the Web becomes the place for niche interests, generations will grow further apart. In fifty years’ time, it will be unthinkable that a boy watching a police television series will be captivated by the idea of a distant place frequented by those of different generations. 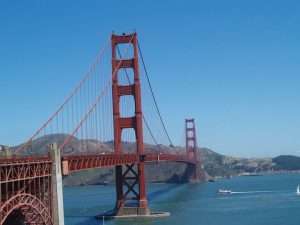