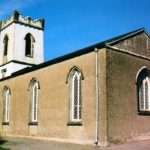 “You also must be ready, for the Son of Man is coming at an unexpected hour.” Luke 12:40

Listening to Jesus’ teaching, we might think about how we respond to him in our hearts, with our hands, and through our minds.

How do we respond in our hearts? Do we have our hearts set on the right things?

The people listening to Jesus would have been encouraged and then alarmed at what Jesus told them. In Saint Luke Chapter 12 Verse 32, there are words of reassurance, “Do not be afraid, little flock, for it is your Father’s good pleasure to give you the kingdom.” Imagine the feeling of joy in their hearts when they are told that God is going to give them his kingdom. Had Jesus stopped there, they would have gone away delighted, chatting among themselves as what it might mean to be given the kingdom. If their hearts were uplifted by the promise of the kingdom, they probably felt altogether different after they heard what Jesus said next, in Verse 33 he tells them, “Sell your possessions, and give alms. Make purses for yourselves that do not wear out, an unfailing treasure in heaven, where no thief comes near and no moth destroys.” Jesus’ words run contrary to the teaching with which they had grown up, the teaching from the book of Deuteronomy which told them that being faithful would bring them wealth. The idea that faith might mean giving up what was dear to you, that it might mean self-sacrifice, would not have been popular. Jesus knows what they are thinking, and says to them, in Verse 40, “For where your treasure is, there your heart will be also.”

The people listening to Jesus would have been encouraged by the promise he makes, and then discouraged when they thought about what that promise demanded of them, how do we respond in our hearts? Jesus says to us that if we want to see what really matters in our lives, then look at how we spend our money. Where is our treasure?

How do we respond with our hands? Do we live our daily lives in a way that serves him?

Jesus tells his listeners that their daily life should be lived in a way that shows they are serving him, in Verse 35 he says to them, “Be dressed for action and have your lamps lit.” Being a follower of Jesus must be something that shapes their daily lives. In Verse 36, Jesus tells them what their lives should be like, “be like those who are waiting for their master to return from the wedding banquet, so that they may open the door for him as soon as he comes and knocks.” Following Jesus is not something that can be done in one’s spare time, or when one remembers, it is something that influences every moment. Only those who live in such a way will be rewarded says Jesus in Verses 37-38, “Blessed are those slaves whom the master finds alert when he comes; truly I tell you, he will fasten his belt and have them sit down to eat, and he will come and serve them. If he comes during the middle of the night, or near dawn, and finds them so, blessed are those slaves.” If the listeners were perplexed about giving up their money, they were probably even more worried at the thought that following Jesus would demand so much of their lives, that they should be like slaves waiting for their master.

How do we respond to Jesus in our daily lives? It’s not very likely that we are like slaves waiting for the arrival of their master, but in our hands’ work, in all that we do, are we seen as people serving him?

Hearts and hands and minds: does the way we think reflect our faith in Jesus?

Jesus tells his listeners that they should be constantly mindful that they are serving God and that, at any moment, he might call them to give account of how they have served him, that at any moment they might have give account of their lives. He compares being the failure to be constantly mindful of God to having a break-in at one’s house. He warns them, in Verse 39-40, “But know this: if the owner of the house had known at what hour the thief was coming, he would not have let his house be broken into. You also must be ready, for the Son of Man is coming at an unexpected hour.” To be constantly alert meant thinking about God in ever situation, it meant having a mind that always sought God’s way. Perhaps this was the most important thing for them, for once their minds were filled with God, their hands and their hearts would go in the right direction.

Few of us would think about God in the way that Jesus asks, few of us would be constantly mindful of his presence and his ways, few of us would be constantly alert. Sometimes, it seems, we are at the other extreme, that we are never mindful that we must answer to God. Serving God with our hearts and hands would come to us much more easily, if we sought him with our minds. If we get our thinking right, then the right decisions and the right actions will follow. Only when we realize that Jesus says to us that this is something urgent and important, will we have our minds in the right place.

Hearts and hands and minds: how do we serve Jesus? 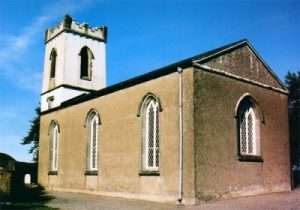