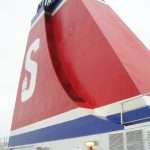 On Monday night, our son returned from a visit to England. Conservative and bookish, his holiday had been spent visiting museums and Roman remains. Disliking flying, he had travelled by boat and train. Private school educated and working as a housemaster in a fee paying school, short-haired, clean-shaven, well spoken, he would seem the epitome of respectability.

Obviously, he must have matched the Welsh police’s profile of an anarchist, or a terrorist, or a jihadist, or whatever sort of person it was that they imagined was a threat to law and order, for, at Holyhead, he was pulled in for questioning. He commented that they were courteous and gave him a survey that he could complete and send to some Cambridge University researcher who was interested in such processes. He wasn’t unduly troubled by the interrogation, just wondered what possible purpose it could serve.

His description of the experience had a sense of déjà vu, on 3rd August 2005, some eleven years ago, our whole family had encountered a similar such pointless experience, which was described here:

The port of Fishguard is not much more than a small seaside village. It appears on the map because it is the landing point for the Stena Line ferries from the Irish port of Rosslare. Rosslare, like Fishguard, is hardly the most significant of places.

The ferry crossing is very seasonal – in the winter months a couple of crossings a day, in the summer a much higher frequency because of the holiday makers travelling in both directions. Neither port would strike one as being particularly international, although Rosslare does get a ferry in from France as well as from south Wales.

Travelling into Fishguard on Sunday evening, the ferry was late and then there was a huge queue to leave the port. This seemed inexplicable, it could not be the volume of traffic; the boat was a small fast ferry and was only half full.

As we reached the exit area, the reason became clear. Every single car was being stopped and its occupants being questioned by police officers wearing baseball caps and carrying all sorts of attachments on their belts.

We were asked for photographic identification and handed our passports to the officer. He went through the passports page by page; I was waiting for questions about the visa stamps, but he seemed content, asked us about our holiday and sent us on our way.

This was not the Britain I grew up in where you feel you have to give account of your every move. The prospect of catching a terrorist in Fishguard on a summer Sunday evening seemed so small as to make the whole experience seem laughable.

What the checkpoint did achieve was to make us feel uneasy about the country we were entering. If this is what it’s like, is it a good place to be?

If the war on terror simply creates a climate of terror amongst the people it’s supposed to protect, then the war has been lost.

The Welsh police still imagine they will find terrorists in Irish Sea ports. Judging by the incidents that have taken place, they would do better to look in cities much closer to home. 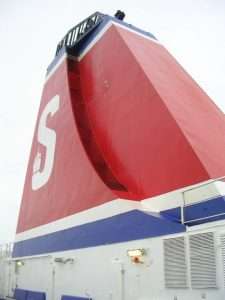