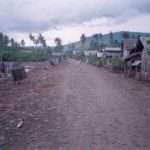 Being tired and feeling jaded is probably not the best mood in which to listen to the news at 11 pm. RTÉ uncritically announced that 3 billion people would be watching the opening ceremony of the Olympic Games, might they not have said, “it is claimed that three billion people will be watching” for even a schoolboy geographer could have placed serious doubt about the veracity of such a figure. When one takes into account the difference of time zones betweent South America and those of Africa and Asia; the unavailability of television in many poor communities; and the lack of popular interest in most of the Olympic sports; the suggestion that 42% of the world’s population would watch a ceremony was just silly.

RTÉ seem regularly to accept made up numbers and complaint to them brings no change of attitude. The reporting of the Saint Patrick’s Day parade in Dublin provides an annual example of the silliness which has provoked annoyance. Here is a post from 18th March 2009:

RTÉ television reported last evening that 675,000 people had attended the parade in Dublin.

The route covers 2.5 kilometres, 2,500 metres.  Let’s be charitable to the reporter and pretend that the entire crowd were leprechauns and that they needed no more than half a metre, 50 centimetres, of pavement on which to stand.

If the crowd is composed not of fairy folk, but of Dubliners of varying sizes, not all of whom want to stand in physical contact with strangers, a metre of space might be more realistic, meaning that a line of 2,500 people would stretch the 2.5 kilometres of the route.  “Do the math” as American visitors might say.

The crowds on either side of the street would have needed to be more than sixty deep for there to be a crowd of 675,000.

Never let the facts get in the way of a good story though; the Irish Times, our newspaper of record repeats the figure in this morning’s news.  The figure there is attributed to the organisers: would it not occur to the reporter to do some sums?

Our economy has reached its present parlous state because numbers were repeatedly accepted without question.  It was an act of heresy to suggest that there was a finite number on the number of properties needed; to question how prices could continue to rise and rise was to be told that we didn’t understand.  Such matters should be left to the ‘experts’; they knew about banking and economic matters.

When David McWilliams suggested in 2006 that we were all being subjected to a huge confidence trick, the experts were dismissive of such suggestions.

Reporting that 675,000 lined the streets of Dublin suggests that our faculty for dealing with numbers has not improved over the past three years, and if we can still be taken in over the simple stuff, we are in serious trouble when things get complicated.

Reporting that 3 billion watched the Olympic opening ceremony is as silly as leprechauns standing 33 rows deep. 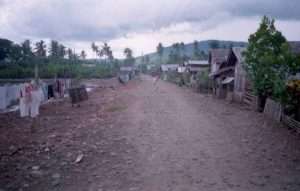