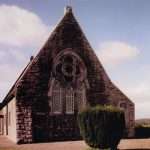 “we do not have a high priest who is unable to sympathize with our weaknesses.” Hebrews 4:15

When I was a theological student thirty years ago, we had a Redemptorist priest, Fr Leonard Martin who taught us doctrine for a term. Fr Leonard had worked in the poorest shanty towns in Brazil and was very anxious that we should have a Christian faith that was in touch with the reality of life for a large proportion of the world’s population.

Leonard gave us an exercise one day. We were asked to write down five Bible verses that told people about Jesus. When the verses were gathered together, most of them came from Saint John’s Gospel, the most popular were verses such as “I am the way, the truth and the life,” “I am the resurrection and the life,” and other of Jesus’ “I am” sayings.

“Imagine,” said Fr Leonard, “if all the Bibles were lost and all that we had left were the verses you chose, what would we know about Jesus?” The answer was virtually nothing. The picture of Jesus from our verses was of a man who spoke in religious language; there was nothing that touched upon his humanity, nothing that suggested that he understood how it felt to know pain and sadness and grief, nothing that showed his concern for the suffering and the poor. The human Jesus had disappeared.

“And he feeleth for our sadness,
And he shareth in our gladness.”

Our song from the heart this evening is one that points to Jesus who has lived and died as one of us and who is able to take on our weaknesses and our griefs.

“What a friend we have in Jesus” was written by Joseph Scriven from Banbridge, Co Down. Born on September 10th 1819 and baptised in the local Seapatrick Parish Church, where his father was churchwarden, Joseph Scriven came from a comfortable Protestant background.  His father was an officer in the Royal Marines his mother the daughter of a Wiltshire vicar.  The young Joseph was sent to military college in Surrey for two years from 1837 until 1839 on the assumption he would go into service with the East India Company, but withdrew through ill health.  He then went to Trinity College, from where he graduated in 1842.

Scriven’s life might have followed a conventional 19th Century middle class course were it not for two events in his life.  He became engaged to a local girl and  they were due to be married in 1844. On the eve of their wedding, she was crossing the Bann on horseback when the horse slipped on the bridge and she fell into the river and drowned. The heartbreak of that moment combined with his adoption of the beliefs of the growing Brethren movement, to which his family had earlier converted.

Scriven emigrated to Canada in 1845 to join Brethren friends at Woodstock, Canada West and later moved to Brantford.  In 1885 he moved to Huron County and in 1857 to Bewdley near Port Hope.  He lived a quiet and private life, working as tutor for a number of families.

Scriven joined a local Brethren assembly and sought to live out his life according to the teachings of the Sermon on the Mount.  Having enjoyed a comfortable life in his youth, he spent much time in hard physical service to those less fortunate, taking on tasks like sawing wood for those unable to cut their own logs—a task that was vital to survival in the bitterly cold Ontario winters.

The heartbreak of his Banbridge years was to be repeated. In 1857, he became engaged a second time, but his fiancée Eliza Roche, died in 1860 after a three year battle against a lung illness.  It was in 1857 that Joseph Scriven wrote, “What a friend we have in Jesus”, it was written as a poem to offer comfort to his mother who was ill back in Co Down.

Scriven’s life seems to have been very solitary. He was a good and generous neighbour. One of his neighbours recalled Scriven’s simple Christianity, “I remember the times when one of the families lost their cow. They were dependent on that cow for much of their living. Mr Scriven expressed his sympathy and desire to help out, but regretted that he had no money, so offered his watch for the family to sell.”

When the great evangelist Ira Sankey included the hymn in a collection he was publishing in 1875 it was attributed to the Scottish hymn writer Dr Horatius Bonar. It was not until shortly before Joseph Scriven’s death, when the hymn had been around for a decade that Scriven was discovered to be the writer. By this time the hymn had gained huge popularity, but he had never come forward as its author.

A short time before he died, Scriven lay ill, being cared for by James Sackville a neighbour, when Sackville found a hand written copy of the hymn in a drawer he was searching for Scriven. He read the words to Scriven and Scriven admitted having written them, “the Lord and I did it between us.”

Joseph Scriven lived the closing years of his life in poor health, poverty and depression, no one can be certain of what happened at the end on August 10th 1886.  It was a hot night and whether Scriven had gone to drink water at a nearby spring, the next morning his lifeless body was found at the lake. His grave was left unmarked for years, but on September 10th 1919, a pilgrimage of clergy went to visit it.  They joined hands, surrounding the grave and sang the words of the hymn that had come to mean so much to so many people.  The following year, a memorial was completed and a crowd of six thousand gathered for its dedication.  The Ontario premier, EC Drury was among those who spoke at the occasion, “He did not build a railway or amass a fortune. But he did more than that; he contributed a thought that will outlive railroads and fortunes. It will go on enriching the lives of men, when other things of material nature have crumbled and perished.”

Joseph Scriven believed Jesus shared in our every hurt and grief through the suffering he endured for us. There is a Greek word used about Jesus in the Gospels which we translate as compassion, but literally means having a feeling in one’s guts. Scriven captures that feeling in his hymn. He is writing against the background of the bereavements and the disappointments of his life; he is not talking about abstract things, he is expressing feelings that he would have known deep inside.

Because of what Jesus has done for us, Joseph Scriven believes we can call on him, “Take it to the Lord in prayer,” he says. We are not left alone, God is there, God is with us.

Scriven describes the depths of human experience: a lack of peace, pain trials and temptations; discouragement; sorrow; weariness; desertion and betrayal. Scriven knows about the low points in life, the times when we don’t feel like talking to anyone, the times when life itself can seem pointless and empty: Joseph Scriven says that Jesus is there to help us through these griefs, but he can’t help if we won’t let him.

“Take it to the Lord in prayer,” Scriven tells us and we find it difficult. When we are hurt and angry, when we can’t make sense of anything, it is very difficult to think about saying prayers. We may even feel that God has turned his back on us, isn’t that the very feeling that Jesus expresses as he hangs dying on the Cross? Jesus in the depths of his despair knows our every feeling.

Joseph Scriven’s hymn is about those moments in life when we can put no more than two or three words together, those times when we feel so numb that we cannot manage anything more—God is there it says, God will help.

Hurt and sorrowful, weary and battered, left alone—we can be at the very lowest point of life and even at that point we can find hope and triumph, ‘in his arms he’ll take and shield thee, thou wilt find a solace there’.

A life of disappointment, bereavement and obscurity, if it had not been for his neighbour James Sackville, Scriven may have died without anyone ever knowing who wrote the words of the hymn; the fact that we know about his disappointments and his sorrow brings the hymn to life; his words are a song from the heart. 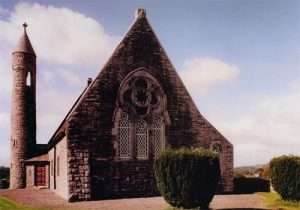