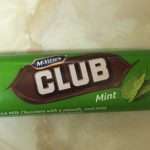 According to Wikipedia, they aren’t sold in this jurisdiction. They are among the things you can’t buy, Shield soap for instance. Once, whilst in the cavernous Tesco store in Portlaoise, there were packets of Shield soap among the toiletries. An opportunity to buy local was to be thwarted – at the checkout, the assistant passed the pack over the scanner, nothing. A second attempt produced no result. A colleague was called over, “We don’t stock Shield soap.”

“But you do, I have just picked it up from the shelf over there.”

“It was put there by mistake, we don’t stock it. It’s not on the computer, so it won’t scan, so we cannot sell it to you.”

“It shouldn’t have been, we don’t sell it. It gets sent by mistake.”

Why did someone stock shelves with something that was sent mistakenly and could not be sold? It was tempting to suggest that as they didn’t sell it, they could not object to it being taken.

The lack of Shield soap, together with the excessive price of toiletries and detergents in Ireland, means trips to the North generally include a stop at the Sainsbury store at Sprucefield near Lisburn to stock up on supplies sufficient for two or three months. On the last visit, the trolley filled with washing powder, toothpaste, deodorants and soap must have aroused curiosity. The checkout operator asked where we lived.

“Kilkenny? I’ve had a few clatterings from Kilkenny men, I used to hurl for Antrim.”

It was a quiet afternoon and there was time to discuss the inevitability of another Kilkenny progress to All Ireland glory.

Strangely, as Ireland has grown closer in some ways, it seems to have grown apart in others. The Northern Ireland shopping experience used to be quite different from that of Great Britain. Going shopping in the North of the 1980s more closely resembled going shopping in a town across the border than going shopping in a town across the Irish Sea, but with the arrival of the British supermarkets, the jurisdictions seem to have grown apart. Sainsbury’s is unmistakably British, both in products and in prices and in atmosphere.

Sometimes, it is a strange feeling, walking through a store in Co Antrim that could be anywhere in the English shires. If consumer activity is a significant part of popular culture, McVitie’s Club biscuits are maybe one small dimension of a difference that is widening. 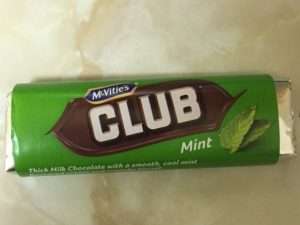