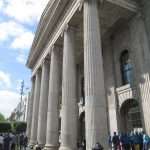 The Irish Times carries news of a Fine Gael-commissioned report on why the party performed so poorly in the February general election. The report makes nine recommendations regarding electoral strategy,  but seems to lack appreciation of why so many voters turned against a party that had received a huge endorsement in the 2011 general election.

Fine Gael election posters included one of Taoiseach Enda Kenny at the roadside urging us to keep the recovery going, the problem was that for many people there was no sense of a recovery having even started.

In international terms, we are all wealthy, the incomes and the resources available to even the poorest are infinitely greater than those accessible to an overwhelming majority of the world’s population, but wealth and poverty are as much about perception and relative differences as they are about statistics, and the perception was that after seven years of austerity measures, little had changed, that we were  still much poorer now than we were a decade ago. Feeling poorer, people felt disinclined to vote for the parties who had broken the promises made five years ago.

Politicians rarely admit responsibility for the problems they cause, and, since the days of the Bridget McCole case, the finance minister has a long record of not listening to criticism, but the collapse of Fine Gael support came as voters’ response to policies that had borne down most heavily upon low and middle income earners.

We were told that the financial speculators would not be recompensed for having lost their money in reckless investments, but the government performed a complete volte-face, using public money to cover the cost of private debt. We were told that work would be rewarded, but the government’s reductions in the universal social charge and changes in tax bands gave most to those who earned most. We were told that education was important, but the government continued to raise the third-level fees and set its face against any loan scheme, even if loans are the only way there is for poorer students to access university and college education. There was talk of fairness against a background of regressive flat rate charges like the water charges and the property tax, charges that are a far greater burden for poorer people than they are for the wealthy.

The report suggests that Fine Gael will still not admit that it was responsible for its own downfall, alterations of strategies and approaches are considered necessary, why could there not have been an acknowledgement that there was a failure of policy? Why can someone not simply put up their hands and say, “we got things wrong?”

The perceptions could have been different, even modest adjustments might have taken pressure off working people. Had the government been familiar with Charles Dickens’ novel David Copperfield, they might have learned much from the words of Wilkins Micawber, “Annual income twenty pounds, annual expenditure nineteen pounds nineteen and six, result happiness. Annual income twenty pounds, annual expenditure twenty pounds nought and six, result misery.”

A shilling’s difference in Micawber’s accounts would have brought a different outcome. An apology, a word of regret, saying “sorry,” such small generosity of spirit on the part of the government might have put more money in the pockets of the majority of voters and there might have been happiness, a sense that there really was a recovery – and no need for a report on a general election failure. 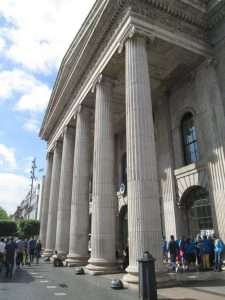