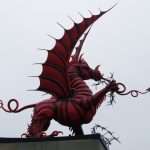 Reading Robert Graves’ autobiographical Goodbye to all that and Siegfried Sassoon’s Memoirs of a Fox-hunting Man in successive days is not wise. One inevitably makes comparisons between the works, but whilst friends, Graves and Sassoon were very different characters, their intentions in writing see very different. It would be easy to conclude Sassoon’s preoccupations with fox-hunting and cricket, which fill the pages of most of his memoir, are immature and lacking in seriousness when compared with the weighty words of Graves, but Sassoon offers perspectives absent from Graves’ work.

Sassoon is a Bertie Wooster sort of character in the Edwardian years, living off private income and the generosity of his aunt, his life is filled with leisure. If one wished for a character who helped create the myth of the years before the Great War as some sort of “golden age,” Sassoon might fill the part. It is only in the tenth and final part of the memoir that Sassoon comes to his experiences of the Great War, and his telling of those times concludes at Easter 1916.

It is in the final ten pages of the memoir that Sassoon demonstrates a religious sensitivity that had not been earlier strongly expressed; it is a sensitivity that notices what is absent rather than what is present.; He writes

“Easter was late in April that year; my first three tours of trenches occupied me during the last thirty days of Lent. This essential season in the Church calendar was not, as far as I remember, remarked upon by anyone in my company, although the name of Christ was often on our lips, and Mansfield (when a canister made a mess of the trench not many yards away from him) was even heard to refer to our Saviour as ‘murry old Jesus!’ These innocuous blasphemings of the holy name were a peculiar feature of the War, in which the principles of Christianity were either obliterated or falsified for the convenience of all who were engaged in it. Up in the trenches every man bore his own burden; the Sabbath was not made for man; and if a man laid down his life for his friends it was no part of his military duties. To kill an enemy was an effective action; to bring in one of our own wounded was praiseworthy, but unrelated to our war-aims. The Brigade chaplain did not exhort us to love our enemies. He was content to lead off with the hymn ‘How sweet the name of Jesus sounds’!”

The final lines of the memoir are the most telling, Sassoon takes leave of his faith. He knows what his faith is meant to mean, but confronted with the reality of what he has experienced, he can no longer believe:

“And here I was, with my knobkerrie in my hand, staring across at the enemy I’d never seen. Somewhere out of sight beyond the splintered tree-tops of Hidden Wood a bird had begun to sing. Without knowing why, I remembered that it was Easter Sunday. Standing in that dismal ditch, I could find no consolation in the thought that Christ was risen. I sploshed back to the dug-out to call the others up for ‘stand-to’.”

If Sassoon embodied the myth of the Edwardian “golden age,” he also embodied the mood of the millions for whom faith was no longer possible. 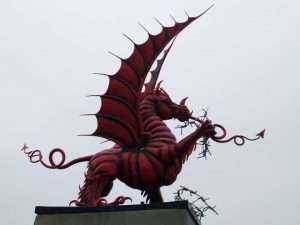