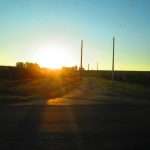 During my brief sojourn in a parish where I was the worst incumbent in living memory some of the happiest moments were in the company of a Presbyterian colleague, an old hand who had come through the worst of the Troubles, he was possessed of a dry Ulster wit and an ability to find humour in unlikely situations. Sitting at the meeting of the local Protestant clergy one morning, he decided to bait one on the Methodist ministers, a man who was sensitive and for whom life was a very serious matter.

Tom, might have been a gentle soul, but was a good theologian, holding a doctorate from a leading United States university, and leapt to the defence of the tradition to which he belonged. The conversation broke down into laughter when he realized he had fallen for the bait.

To be honest, being Calvinist has sometimes been a position to which to retreat, sometimes a trump card to play in arguments, sometimes a barrier to raise against arguments.

Assuming a church building to be empty, I wandered in one afternoon, only to be ambushed by two ladies who were there to welcome anyone who came to pray. Perhaps I would like to worship with them the next Sunday? They had “contemporary” worship and everyone was welcome. (If they had spoken to me on the previous occasion I had been at the church, they would know I had been there before, there had been banal and repetitive choruses and not a single word of welcome from anyone). Not wishing to give offence, I said I was conservative and Calvinist and that I valued the Prayer Book and that I suspected our traditions were very different.

Calvinism is not such a problem intellectually. Combine Einstein’s idea of space-time as a continuum, of time as being something in which past, present and future are complete in a single instant, with the idea of God as someone who is outside of space and time, and one can have freewill within space-time and predestination outside it.

Calvinism can become challenging culturally, though – it can bring a dourness which throws a wet towel over every happy moment, a grimness, a compulsion to find the cloud around every silver lining. Even a beautiful late summer evening can elicit the comment, “it’s not bad for autumn time.” Sometimes being an Arminian would seem attractive. 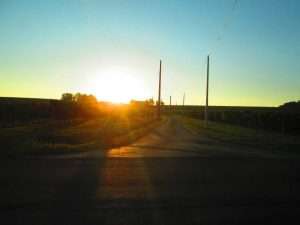