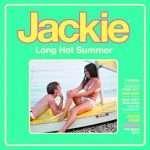 According to Google maps, the drive from the Gironde up to the Breton port of Roscoff takes seven and a quarter hours. Of course, Google does not take into account breaks for coffee and lunch, and nor does it to take into account the propensity of some to take the wrong turning when instructed to turn left and there are three roads from which to choose. Having spent three weeks in the company of no-one but ourselves, it is hard to fill seven and a quarter hours with conversation.

“Put on one of the CDs,” says the driver. Scrambling through the glove compartment (why did people keep their gloves in a compartment, anyway?), I find a selection of discs inspired by the 1970s girls’ magazine “Jackie.” Pop songs from teenage days, songs memorable from discos.

Disco-going days seem to belong to someone else’s lifetime, not that they were too common even then. Discos marked friends’ birthdays, or the end of term at Sixth Form College; they were not the stuff of ordinary Saturday nights. By the autumn of 1979, they were past; no self-respecting undergraduate in London that term was going to admit liking disco music, even if the rhythms still spoke of friends and smiles and the innocent daftness of teenage years.

Discos were occasions to make absurd attempts at looking “cool”, or whatever was the 1970s expression. Big collared shirts, flared trousers, platform shoes; our fashions probably trailed by years what was being worn in London, but we thought we looked good. (Switching to wearing straight legged black jeans and cowboy boots in 1978, I thought I was cutting edge).

The cost of an evening cannot have been great, for money was hardly plentiful. Drinks were perhaps twenty or thirty pence, the admission cannot have cost more than a pound, and cost nothing if it was someone’s birthday party. (Full price tickets for Glastonbury Festival in 1979 were only £5, and, being locals, we were able to buy them in Glastonbury itself for £3 each).

The music was eclectic, but as “eclectic” was not a word in our vocabulary, we would probably have said the DJ played loads of different stuff. Chart music would have been mixed with soul and rock and sometimes there were requests for records that would prompt a collective groan from those on the floor. Boys only danced if there was a girl to dance with; the idea of dancing around the handbags, as girls often did, was something to be watched from a safe distance.

The music anaesthetised the thoughts of returning to an Irish winter. The Bordeaux vineyards, the rolling hills of Charente, the grey stone villages of Brittany, each passed by to songs that you never really liked in the first place. 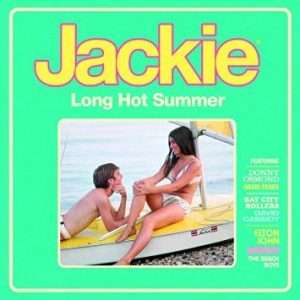