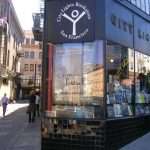 The dog sat watching. Any sign of a movement toward the hall would be greeted with excited barking and rapid running in circles. The rain had relented, a walk might be contemplated. Grabbing its lead and a large umbrella, we set out into the night air. A steady drizzle had begun to fall, the dog walked ahead without heeding the weather. Five minutes had not passed before the drizzle had become persistent rainfall. The mood was more that of late-November than late-September.

Turning into a side street, a book lay in the road, its light brown hardback cover was detached and turned back on itself, the pages had absorbed hours of rain. There was a sense of sadness at the sight, books had been precious, treasured, to be cherished, protected from harm.

In college days, missionary societies used to make appeals for money to buy books for clergy in the developing world. There was a line on one poster declaring that the line of books on the bookshelf of an average African pastor extended to no more than eighteen inches. The poster showed a cluster of books at the left hand end of a shelf and then empty woodwork. Given the size of Bibles and some of the textbooks, it did not take many volumes to fill eighteen inches of a shelf. In communities where books remain a precious commodity, what would be the reaction to a hardback book being thrown to destruction in a city side street?

Perhaps the book was a redundant textbook, perhaps it provided information no longer of use in 2016, perhaps it had been destined for a recycling depot when it had fallen into the road, but perhaps its fate symbolized an attitude towards books today.

Words printed on pages bound together between covers have become seen as redundant, an assumption has grown that whatever one wishes to know or learn may be obtained through electronic media, there has been a failure to realize that publishing was the doorkeeper of reliability and truth. To find someone who would print and distribute a book meant finding a publisher, a publisher who, if searching for a mainstream audience, would want to check the material for veracity and legality. It meant the publisher finding booksellers who would make their own assessment of whether the book was something they would wish to have on their shelves.

Truth and credibility are important in the publishing of books, whereas online, anything can be said, and, frequently, anything, now matter how bizarre, can be believed. There are no doorkeepers in the online world.

A broken book lying on the tarmac on a wet autumn evening may be just waste that has fallen from a bin, or it may represent an attitude where testing veracity and questioning truths are no longer considered important. 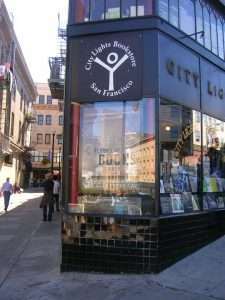