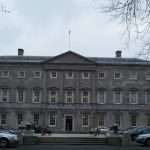 Michael’s day, the commemoration of the archangel and all his companions, a prayer for all those who bear his name. Michaels have a special place in some of our hearts.

Herbert Howells’ Hymnus Paradisi was inspired by the deep grief Howells endured at the death of his son Michael. It has been described as one of the greatest ever pieces of church music. It is a piece that lay in a drawer for fifteen years, such was the intensity of Howells’ pain that he felt unable to share his composition. The loss of a child is the greatest loss of all, what mixture of emotions must have passed through his mind as he heard his work for the first time.

Born on 12th April 1926, Michael was just nine years old when he developed polio on 3rd September 1935 .This was how Herbert Howells recorded the events of the following days;

“Wednesday 4 (September): Mick’s coming to our room in early morning. Temperature. Bad Back. Dr. Nanda sent for. Herbert arrived with coat he thought Mick had lost. Dr. N at 2:30 (PM), Chill? To St. B (riavels) for medicine. At 9 o’clock in Taylor’s car.

“Mick died at 10.10 pm”. The pain of those words would have been indescribable. The pain seems to have become a well of inspiration for Howells.

The experience of the loss of Michael inspired Hymnus Paradisi and the writing of a tune for Robert Bridges’ translation of Joachim Neander’s Seventeenth Century hymn, “All my hope on God is founded”: Howells named the tune after the son he had lost. Each time I hear the hymn, I think of Herbert Howells watching over his son and young Mick lying in the nursing home bed and say a silent prayer of thanks for the blessing of all Michaels. Especially, this week for the Michael who was offered the Oireachtas job for which he had longed and approaches the coming weeks with enthusiasm and delight – may the angels be with him and with all of his namesakes. 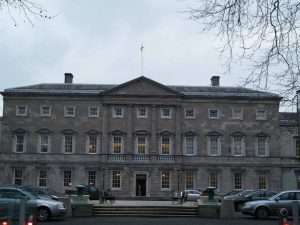