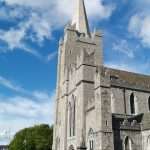 In a track from his 1979 album, Slow train coming, the Nobel literature laureate Bob Dylan sings, “you’re gonna have to serve somebody.” He is sceptical about those who are professionally religious, “You may be a preacher with your spiritual pride,” one stanza begins. Dylan would understand the choices Jesus is setting before his listeners in the parable of the Pharisee and the tax-collector, they must choose who they serve: the Pharisee is self-serving, the tax-collector, without even being aware of it, serves God.

Why does Jesus need to challenge them about their choices? Saint Luke Chapter 18 Verse 9 tells us, “He also told this parable to some who trusted in themselves that they were righteous and regarded others with contempt.” There is an arrogance in their attitudes, a complete absence of any humility, they serve themselves and regard themselves superior to all other.

We look at the words of the Pharisee in the parable and it is quite clear who is the focus of his thinking, in Verses 11-12, he says, “God, I thank you that I am not like other people: thieves, rogues, adulterers, or even like this tax-collector. I  fast twice a week; I give a tenth of all my income.” Who is he trying to fool? He begins his prayer with the word “God” and then talks entirely about his own virtue. The man is Bob Dylan’s preacher with his spiritual pride, it is the Pharisee’s trust in himself that prevents him seeing himself as he is, and realising his need to instead trust God.

Is the Pharisee so far removed from ourselves? Don’t we live in a culture where self-promotion is so important that people will employ publicists to tell everyone how worthy are the people paying the publicists’ fees? Don’t we live in a culture of celebrity and a seeking after fame? The Pharisee stands telling God all the things he has done, how devout he is, how much he gives away. Is the Pharisee so different from those whom we see who make a great show of their religion and tell of how much they have given away?

“You gotta serve sonebody,” sings Bob Dylan, and, in those moments when we are tempted to be like the Pharisee, when we assume an air of superiority, we need to ask who we are serving. The Pharisee did not start out as a self-righteous and judgmental character, he would have started out as a devout man seeking after God, but he succumbs to to the temptation to exalt himself. Spiritual pride is the worst pride of all because it presumes to know the mind of God. The Pharisee presumes to tell God how he should think, he presumes to tell God how God should regard both only the Pharisee, but also the tax-collector who stands at a distance.

“You gotta serve somebody,” and the Pharisee is serving himself.

“You gotta serve somebody,” and the tax-collector knows that serving God demands a brutal honesty. Have we the integrity to be like the tax-collector, to be brutally honest with ourselves in order to be honest with God? Isn’t it more likely that we trivialise God, isn’t it more likely that we regard God and faith as matters of convenience, as things to be acknowledged when it suits us? The tax-collector feels that he has no right to approach God, he asks for nothing other than mercy. Are we similarly serious in our theology?

“You gotta serve somebody,” and serving God demands a seriousness we easily overlook. We make faith a lifestyle choice; we make following in the way of the Cross into something optional; we make being a Christian into something chosen if it matches our preferences. What sort of God would take seriously those who cannot be troubled to take him seriously?

“You gotta serve somebody”, and in Verse 14 Jesus is explicit in his warning, “I tell you, this man went down to his home justified rather than the other.” The religious people listening would have gone away disappointed, even angry at such a dismissal of their way of doing things. It would have seemed outrageous that a tax-collector would have been regarded as favoured by God while the Pharisee was rejected. 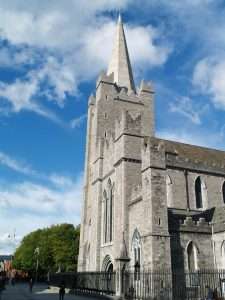