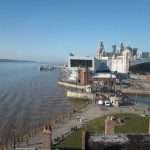 Incurvatus in se is the way Augustine of Hippo or Martin Luther would have described it, to be turned in on oneself.  It was a theological term, connected with the human propensity to sinfulness. Presumably there are sociological or psychological terms that would describe the condition for a secular world, and, presumably, those to whom the term might be applicable would reject any such appellation.

If there is a neologism that expresses the contemporary inclination to incurvatus in se, it is selfieism, the preoccupation with oneself, taking pictures of oneself, sharing pictures of oneself. Selfieism is an impoverishment of the spirit, in turning upon themselves, people become blind to the world around them.

Walking Liverpool’s waterfront yesterday before going to the airport for a flight to Dublin, there was a sense of the long history and rich culture expressed in the buildings, the docks, the memorials and the statues. It must have been the ninth or tenth time taking such a walk and always there has been something not previously noticed, something interesting, something thought-provoking. Last evening, the fine weather brought a busyness that might not have been expected in mid-October, even the ice cream van was doing a brisk trade. Many of those on the waterfront, though, seemed hardly to notice what was round them, their chief concern seemed to be to take photographs of themselves.

Incurvatus in se, selfieism, those who lived in times past when Classics still had a place on the curriculum would call it narcissisism. Being someone who some years ago was forced to Google the meaning of the word, it is easy to understand why people would use a word derived from an ancient Greek legend. The story goes thus:

Narcissus was a handsome young man who arrogantly shunned all the girls who approached him. One girl in particular tried to attract his attention, but, try as she might, he ignored her. She prayed to a goddess that Narcissus would return her love, but her prayers did not work, so, in desperation, she prayed Narcissus would learn what it was like to love someone without the return of that love. The goddess heard her prayers and granted her wish.

In the forest where he lived, there was a quiet fountain and one day Narcissus went there to drink. He was surprised by a lovely sight, a beautiful image in the clear pool. It was his own reflection, but Narcissus thought it was some handsome spirit peering from the fountain.

Narcissus had never seen such a lovely creature; he immediately fell in love with himself. He moved closer to try to embrace the image, yet every time he tried to grab it, it fled away. Narcissus was so captivated that he could not bring himself to leave the pool, and he lost all desire for food and drink.

Narcissus began to talk to the image. Why did it try to escape him? Everyone else in the forest thought he was very beautiful. He remained at the pool, pining away over the image and his health and beauty faded away. Finally, he died staring at the image in the fountain, striving to embrace his one object of desire: himself.

Narcissism is an ultimately self-destructive condition. Whether it is described as incurvatus in se or selfieism, it impoverishes lives – but Saint Augustine might have told us such things. 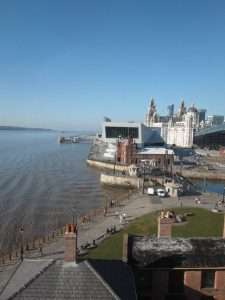