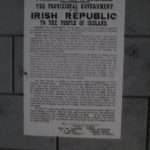 It is a hazardous place to walk. The road barely admits of two vehicles to pass; there are no verges, only high hedgerows which intrude upon the road in the summer months when cutting is prohibited. Should two lorries meet where a pedestrian was walking, one would have to wait behind the walker until the oncoming vehicle had passed, before drawing out to allow the pedestrian space. To walk the road pushing a wheelbarrow seems almost an act of folly, yet regularly a man and a wheelbarrow pass up and down the road.

He is distinctive. Red-tinged sandy hair tied in a pony tail, broad shouldered, a heavy coat, workman’s boots, he walks with a determined tread, oblivious to the passing traffic. Walking from the town, the wheelbarrow is empty except for a yellow-handled bow saw. Returning toward the town, it is full, generally with a single large log, perhaps a foot across and three to four feet long. Presumably, the log is wheeled to his house where an axe is used to split it into pieces that may be burned on a household fire.

Why does he walk a narrow road with a wheelbarrow? Presumably it is not something chosen as a leisure activity, presumably it is to try to save on the cost of heating his house. If the wheelbarrow is used to carry logs that might easily fit in the boot of a car, it is presumably because he does not have access to motor transport. Perhaps he is not able to drive, perhaps he is not allowed to drive, perhaps he cannot afford to drive. Perhaps it is reasonable to assume that he has little income; perhaps, judging by his frequent appearances, it is probably reasonable to assume that he is without regular work, or without work that pays sufficiently to relieve him of feeling that he needs to walk for miles pushing logs in a wheelbarrow.

Why have we come to such a pass? Why is a man who shows effort and energy and determination and grit not worthy of employment sufficiently lucrative to relieve him of fears about the cost of fuel? Why have we tolerated the emergence of a society where more and more money has become concentrated in the hands of fewer and fewer people, while the lowest paid have found even basic things like housing and fuel increasingly unaffordable? This is not a just way of ordering society, it is not republican, and it is certainly not a Biblical way of treating people. 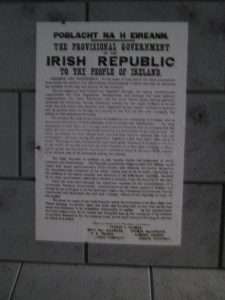