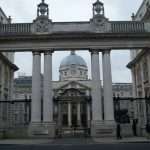 A teachers’ strike on Thursday, a Garda strike threatened for next Friday, and who gets hurt the most? Not the powerful or the affluent, life has always been different if you have money in your pocket.

It is said that after the Easter Rising in Dublin in 1916, as the rebels from the Royal College of Surgeons were being marched down the street, Constance Gore-Booth, the Countess Markievicz, was offered a lift in his motor car by the commander of the British soldiers. The Countess declined; preferring to walk alongside the remnant of her makeshift army. The perception that she was of a different class meant that even in the midst of a failed revolution, her opportunities were different.

One of the most surprising moments in A-level history was the tutor quoting statistics that, despite the French Revolution claiming the slogans of “Liberty, Equality and Fraternity,” it was not the aristocracy who suffered the most deaths – the popular perception – but the ordinary French peasants.

Crises seem invariably to favour the strong to the disadvantage of the weak. The culture of the spivs and the black market in Britain during the Second World War didn’t do much to benefit Tommy Atkins and his family; it existed to serve the demands of those with wads of cash who could afford to pay whatever might be asked for the goods they wanted.

Strikes, economic crises, revolutions, whether in affluent Europe or in the least developed nations in Africa, do impact upon the rich and powerful, but not nearly as much as they do upon those living on wages or, even worse, at subsistence level. The strongest elites will always be able to pay for what they want.

The people who will be hurt most will be the poorest in our communities, they will be those who cannot pay for what is missing. Whatever language might be used to justify the strikes, it is the poor who will suffer. The leaders of the trade unions might pause to think about the impact of their action. 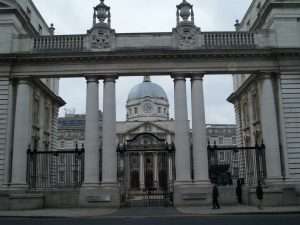