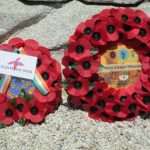 “When you hear of wars and insurrections, do not be terrified” Luke 21:9

What do Jesus’ words have to say to us today? Sitting with his disciples outside the Temple in Jerusalem, he gives them advice about how they are to deal with the difficult times that would lie ahead, the warnings to his disciples are warnings to which we should listen.

Jesus warns his disciples that people will come claiming to speak for him. “Beware that you are not led astray,” he says to them in Saint Luke Chapter 21 Verse 8, “Do not go after them.”

How often in history have people been led into wars by those who have claimed to speak for God? The Great War of 1914-1918 was fought by nations who all believed God was on their side. In the First World War the German army had “Gott mit uns,” God with us, engraved on their helmets, in the Second World War, it was engraved on their belt buckles. The German leaders as much believed God was with them as the Allied leaders believed he was on their side. History is filled with leaders claiming to have God’s sanction for their decision.

Jesus would have warned us against being led astray by those who claimed to be starting wars on behalf of God, he would have told us not to go after those who advocated aggression as a response to international problems. Had Jesus been talking to his disciples in the Twenty-First Century, rather than in the First Century, who might he have criticised for claiming to speak in his name? Who might he have condemned for causing the loss of innocent lives?

It cannot have been easy for the disciples, listening to the warnings of what would lie ahead for them, arrest, persecution, interrogation, but Jesus sees this experiences as offering something positive, “This will give you an opportunity to testify,” he tells them in Verse 13. Jesus is unambiguous, Christians should be prepared to speak for their faith against the rulers and authorities of this world, times of crisis offer such chances.

How would Jesus regard our testimony as Christians today? Have we been prepared to speak for Jesus’ way of doing things in times of conflict, even if that means standing against the people all around us? Have we been prepared to testify to a faith in Jesus that is about reconciliation and including the foreigner and the outcast, or have we remained silent as fear and hatred have been stirred up? When an opportunity to testify occurs, what do we think to ourselves?

Jesus warns his disciples not to plan what they will say, telling them in Verse 14, “So make up your minds not to prepare your defence in advance.” He tells them he will give them the words they need. If they depend upon him for what they say, then they will not be swayed by their own prejudices or the opinions of the people around them. The disciples might have felt doubtful at such advice.

How willing are we to rely on God’s guidance for what we say? Times of tension, times of conflict, times of war, are difficult times in which to speak. It is much easier to retreat into forms of words that really might not say very much. We need to listen to what is being said by those around us, and then respond to what we have heard. It means being open to the working of God’s Holy Spirit, and speaking words that are filled with God’s grace. Christians speaking without sensitivity, without being prepared to listen to the hurt felt by the wider community, do more damage than those who do not speak at all.

Finally, in Verse 19, Jesus warns his friends, “By your endurance you will gain your souls.” Jesus is not offering endurance as an option, as something that might be chosen by the more enthusiastic among the disciples, he is saying that this is the way they will keep their souls. The disciples were accustomed to different religious groups demanding different levels of commitment, one could be extremely committed or much more half-hearted, and still be counted among the faithful, but Jesus is offering the disciples only one standard of commitment, that of endurance. Having listened to all he had told them, it would not have been easy to accept that salvation demanded endurance.

As Christians twenty centuries later, Jesus still looks for endurance from us. We will not face the physical trials faced by the disciples, but if we seek the ways of peace and reconciliation, if we seek the ways of Jesus, we can expect words of criticism, words of opposition, words of condemnation. Speaking the truth is not popular when that truth runs against the stories being carried by the media, Christians can find themselves mocked and vilified by the very people who would claim they are defending Christian traditions. Are we prepared to endure and so gain our souls? 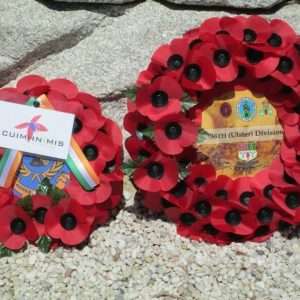