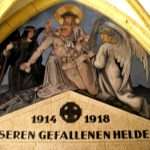 Inevitably, the Remembrance Day commemorations focused on the Somme. 2016 marked the centenary of the Battle of the Somme, the first day of which was the blackest day in British military history. The centenaries come and go, the Western Front and Gallipoli are always foremost in the battles recalled. It was only Sebastian Faulks’ novel Human Traces, that I learned of a front in the Great War that is rarely recalled.

As Daniel walked among the men, he saw them take out photographs of home and kiss their children’s faces; the unmarried ones fingered lucky tokens or moved their lips in silent prayer. For himself, Daniel felt quite calm. Soon after he had arrived in France, he saw that the way he had lived until that point was no longer possible. As a child, he had clung emotionally to his own life, acting as though it were highly valuable, sacred — or at least unique. He organised each day with passionate care, first to find comfort and to do some-thing well, then, if there was time over, to make himself agreeable to others. In the salient at Ypres, planning was pointless. It was worse than pointless, in fact; it was foolish and disrespectful to those who had died.

Instead, he tried to cultivate a kind of serenity, to trust to providence and to place a much lower value on his life, because to have too high a care for it was to suggest that he believed his own existence, his own little breathing hopes, to be more important than those of the millions of the dead; and insufficiently to respect the dead, and the lives and loves they had forsaken, was, so far as he could sec, the worst of war crimes.

The minute hand on his watch went through the horizontal and began to drop towards the half hour. He thought of Charlotte and Martha, asleep in London. One of them was at art college, the other had a job teaching infants; to his shame he could not remember which was which. He thought of his father, who had always been so kind to him — severe, sometimes, but encouraging — and saw his dark, anxious face with its fringe of untidy white hair. And he thought of his mother, picturing her as she leaned over him, pretending to be strict, but always laughing; seeing him, apparently, as the source of some never-filing, never-ending comedy of mysterious and cosmic proportion. He smiled at the thought of her. Then Freddy, Billy, Luca and that girl Laura —

The whistle blew. He jumped and leapt from the rocky trench. “Let’s go!” he screamed, “Let’s go!”

The front described is not in France or Flanders, nor on the Eastern Front, nor is it on the shores of Turkey, nor elsewhere in the Ottoman Empire. It is on the mountainous frontline between Italy and Austria- Hungary. The conflict included battles like that at Piave River in 1918, a battle which cost 43,000 dead or wounded and 50,000 captured on the Italian side and 60,000 dead, 90,000 wounded, and 25,000 captured among the forces of Austria-Hungary.

In any other conflict, the struggle would have been recalled as a major war in European history, as it is, the front is almost forgotten. 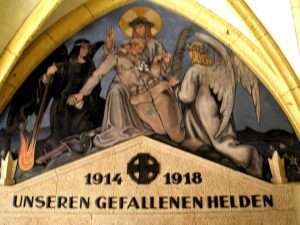