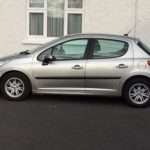 There is an hour on a Sunday morning that will sometimes give one enough to ponder for the rest of the week.

The news headlines on RTÉ Radio 1 at eight o’clock will be unchanged from those an hour earlier, so stepping into the car will mean leaving the radio tuned to Lyric FM where the second hour of the Vox Nostra with Vlad Smishkewych will be on air.  Smishkewych plays music centuries old, music unheard elsewhere on Irish radio. It is an extraordinary contrast with the populism of Marty Whelan’s weekday programme, but perhaps there is not an imperative to try to build an audience at such an hour on a Sunday morning.

It seems that beauty for it’s own sake is not sufficient, unless programmes draw audiences acceptable to management, then they are in danger of being taken off air. It sometimes seems odd that a broadcaster that has a specific public service broadcast should feel the need to be sensitive to audience ratings. What is the point of people being required to pay for a television license if RTÉ broadcast programmes that a commercial broadcaster would broadcast anyway?

There were once suggestions that there were Lyric programmes that drew no more than a couple of thousand listeners, but that figure was probably considerably larger than the listenership for the religious services broadcast on Long Wave each Sunday morning. If listeners to religious services are protected by the appeal to the public service ethos of RTÉ, then why not musical enthusiasts?

At half past eight, Vlad Smishkewych and Lyric FM are deserted for the voice of John Bowman on RTÉ Radio 1. Bowman’s weekly archive programme is broadcasting unique in these islands, if not in the world. If the music of Vox Nostra has the power to transport one back centuries, then Bowman’s selections carry one back decades. This morning it was a programme to mark the death of William Trevor, excerpts from radio interviews with a man who was possibly the greatest writer of short stories in the English language. Trevor’s reminiscences, recalled in the descriptive and evocative style with which he was uniquely gifted, spoke of an Ireland now difficult to imagine.

By nine o’clock, the church where the first service of the day will take place has been reached, and the hour of reverie is past.

No-one has ever asked me to which programmes I listen. Perhaps there are other people out there who value RTÉ’s insights into other worlds. Perhaps those who take decisions do not want to know about us. 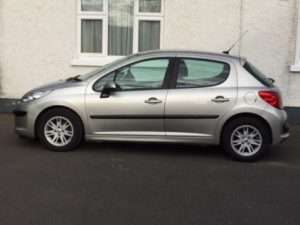