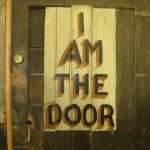 The meeting had been difficult, tense, uncertain, as people sought to frame forms of words sufficiently strong to express a sense of deep anger without admitting to the cause of such anger. “The problem,” said one of those sat at the table, “is that we are living in a post-truth situation.” Perhaps some other word had been intended, or perhaps there was not an appreciation of the irony of someone who was sitting at a church meeting complaining of others in the world outside of the church engaging in “post-truth” comments.

“Post-truth” was described as the word of the year by the compilers of the Oxford dictionaries, their definition of “post-truth” is:

relating to or denoting circumstances in which objective facts are less influential in shaping public opinion than appeals to emotion and personal belief.

The developing tension between “objective” facts and personal feelings and beliefs was something welcomed among many Christians. When it first appeared, no-one was quite sure what the phenomenon called post-modernism would bring us, only that modernist ideas resting on scientific method would no longer command the influence they had possessed in the Twentieth Century. Nothing was fixed, nothing was authoritative.

There were objections. Scientific writers of an atheist inclination were sceptical about what post-modernism might mean, they feared that it would bring a return to people making assertions based on no objective, material evidence. Conservative Christians were similarly fearful, a decade ago an evangelical pastor in Dublin would regularly express concerns about what he labelled as “po-mo” would mean for the church; he believed that traditional tenets of faith and traditional values would be lost in a wave of personal inclinations.

Post-truth is where post-modernism has seemed to have led us. Liberal commentators, fearful that the appeals to emotion and personal belief that have brought us Brexit and Trump, are apprehensive where post-truth may next lead us. But isn’t the truth of post-truth that people are capable of a whole range of responses when their emotions and beliefs are challenged?

And whose “truth” has been superseded by “post-truth,” wasn’t it the truth as determined by the powerful? What is “truth?” Pontius Pilate asked Jesus on that fateful Friday morning. Pilate believed such matters could be determined only by those who held power.

Post-truth need not only mean appeals to chauvinism, to nationalism, to insularity and self-interest. Didn’t Jesus of Nazareth make an appeal to personal emotion and belief? Didn’t he ask for followers to accept his words without attempting to offer conclusive scientific evidence? Post-truth can mean an appeal to altruism and tenderness as well as to more base instincts. Jesus would have recognized post-truth. 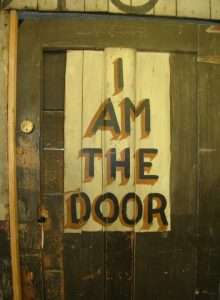