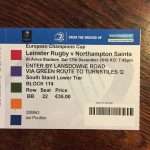 A morning spent printing sheets of Christmas carols and liturgies for next week, a process much delayed by the printer cartridge being empty when the computer indicated it was 34% full. Dozens of half printed copies had to go to the recycling bin.

An afternoon spent travelling to Tallaght Hospital to visit a parishioner recovering from major surgery.

An evening spent at Lansdowne Road watching the Leinster rugby team crush their opponents by sixty points to thirteen. It was hard to believe that those same opponents came to Dublin on the corresponding date in 2013 and went away victorious, so great have been the changes in fortune.

Twenty years ago, there was a brief encounter with ideas on management. There were clergy seminars on how best to manage one’s work and one’s time; there were sessions on such things as ordering priorities and planning one’s diary. There was a huge body of secular literature that might be read in order to reinforce what was being said, books like, “Don’t do, delegate,” and “How to deal with difficult people” still stand on the bookshelves, although, admittedly, the lessons were obviously not learned, otherwise someone else would have spent the morning printing Christmas carols and muttering when the printer lacked toner.

Time management seemed the most fashionable of the ideas – one’s potential was boundless if one just managed one’s time in a better way. There were questions on what might be achieved if one had an extra hour in the day. One writer suggested that one way of generating extra time was by a gradual adjustment of the alarm clock. If the alarm was set for 7 am, then it was possible to train oneself to sleep less. The suggestion was that over a period of sixty days, the alarm be set for a minute earlier each morning until, after two month, one awoke bright and fresh at 6 am and found an extra hour in which to do all the extra things that were now possible.

Of course, twenty years later, technology has brought boundless possibilities for saving time. Email and Internet communication have made instantaneous contact and decision-making an everyday reality; no longer a need for countless hours spent travelling to meetings. Offices are able to operate with a fraction of the staff and the budget they once required, not that they necessarily do.

But there are some things that never change, human contact being the most significant one. No matter how good technology is, there is no substitute for sitting at someone’s bedside or hearthside.

And what do we do with an extra hour anyway? Spend it on social media, or writing stuff like this. 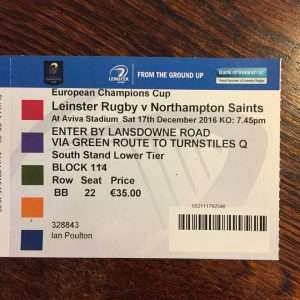