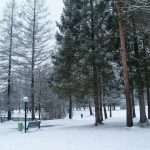 Bob was an Englishman in Austria in January ten years ago. He was a wonderful skier who came on holiday by himself each year. He always skied with the fastest skiers and always enjoyed himself. Bob was seventy-seven years old.

I was forty-six at the time, thirty-one years younger than Bob, and I thought, “wouldn’t it be wonderful to be like him if I lived to the age of seventy-seven?”

The ambition to be like Bob came to a sudden end this year. Having skied well in the morning, after lunch everything was different. Falling for silly reasons, I asked the instructor if I might leave the group when we reached the next village and take the bus back. He thought it wise. Minutes later, as we descended to the village, I fell heavily, landing across my skis and smashing my glasses. After some minutes, and with help, I was able to ski down to the village and find my way to the bus stop. The pain became steadily worse and by the time I found my way to a doctor, the pain was extreme. There was a suspicion of broken ribs and an ambulance was called. At the hospital, I was X-rayed for fractures and given an ultrasound test for kidney damage; both were clear, I had nothing worse than bad bruising. “The pain will increase for two days and then relent,” said the doctor, handing me a prescription for tablets. He wasn’t wrong.

Why had I wanted to be like Bob? Who knows?

Perhaps we live in times when we are encouraged to be discontented with the way we are, for how else would the advertising industry work if we could not be persuaded that to have something, or to do something, or to be something, would make us different people? People in former generations would think we were very gullible to be taken in by the media.

More importantly, the Bible tells us to be focused not on what other people are doing, but to be focused on what God calls us to do. Saint Paul tells us that we should lead lives worthy of our calling.

Perhaps we would be very different people if we didn’t live lives where we wanted to be someone, or something, else, but instead lived the life we have been given with thankful hearts.

Bob would be eighty-seven this year. Perhaps he is still skiing. I shall not be following his example. 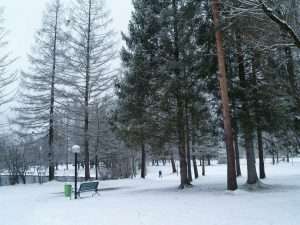