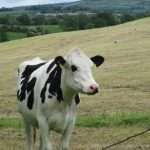 It is the season of calving and lambing. The work has been made a little easier by new technology, farmers using webcams to watch over the expectant cows and ewes. If an animal is having problems at two or three o’clock in the morning, no farmer will hesitate at rising from their bed and rushing to offer assistance.

Perhaps theological students might learn from such a season in farming life, for if farming communities respond in such a way to their stock, they will reasonably expect that their pastor will show a similar concern for the flock that is the parish. If people are seriously ill or dying, there is a reasonable expectation that the pastor will respond to a telephone call. The pleas that it is the “day off,” or that they will “come in the morning,” or an answering service telling them that the pastor is unavailable, are incomprehensible to people who would not contemplate so neglecting their livestock, let alone another person. They would not regard it as about commitment or self-sacrifice, they would regard it as work.

George Herbert, the saintly Seventeenth Century cleric, finds time not just for serving someone whom he meets along the road, but also time for enjoyment of life. One of Izaak Walton’s stories about George Herbert would have been understood by farmers, whose life includes both hard work and moments of joyful companionship:

Mr Herbert’s chiefest recreation was music in which heavenly art he was a most excellent master, and did himself compose many divine hymns and anthems, which he set and sung to his lute or viol, and though he was a lover of retiredness, yet his love to music was such that he went usually twice every week, on certain appointed days, to the Cathedral Church in Salisbury; and at his return would say, “that his time spent in prayer and Cathedral music elevated his soul, and was his heaven upon earth.” But before his return to Bemerton, he would usually sing and play his part at an appointed private music meeting; and to justify this practice he would often say ” Religion does not banish mirth, but only moderates and sets rules to it.”

In one of his walks to Salisbury, he saw a poor man with a poorer horse, that was fallen under his load: they were both in distress and needed present help; which Mr Herbert perceiving, put off his canonical coat and helped the poor man to unload, and after to load his horse. The poor man blessed him for it, and he blessed the poor man; and was so like the good Samaritan, that he gave him money to refresh both himself and his horse; and told him, “That if he loved himself, he should be merciful to his beast.” Thus he left the poor man: and at his coming to his musical friends in Salisbury, they began to wonder that Mr George Herbert, which used to be so trim and clean, came into that company so soiled and discomposed: but he told them the occasion. And when one of the company told him, “He had disparaged himself by so dirty an employment,” his answer was, “That the thought of what he had done would prove music to him at midnight; and that the omission of it would have upbraided and made discord in his conscience, whenever he should pass by that place: for if I be bound to pray for all that be in distress, I am sure that I am bound so far as it is in my power, to practise what I pray for. And although I do not wish for the like occasion every day, yet let me tell you, I would not willingly pass one day of my life without comforting a sad soul, or showing mercy, and I praise God for this occasion. And now let us tune our instruments. “

The story of George Herbert might be more instructive about the realities of rural ministry than much that now comprises the syllabus of ministerial education. 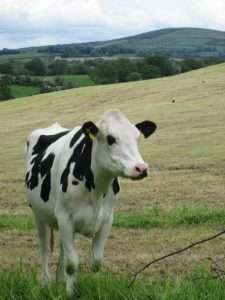