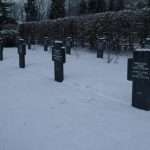 Gathering for dinner in Dublin last night, a German friend, who is now approaching the age of 80, reflected on the state of the world. Living in Germany through the Second World War and spending much of his working life in Nigeria, he seemed to have seen the worst of the past and present worlds.

He tells stories precisely and consistently; there is no place for sentiment in his matter of fact recall of his memories. Perhaps sentiment would make the story unbearable, how could one sleep if there was a pondering of everything one had seen and heard in such places?

Among his stories, my favourite remains his account of the arrival of refugees in his community during the closing months of the Second World War:

‘My father was away in the army somewhere. Perhaps in France? We did not know. My mother was trying to run the hotel. Our village had been granted a charter as a town in medieval times, but was really no more than a village.

One day a tide of people came through the streets: thousands and thousands of them from East Prussia and other places. A huge wave of refugees, walking, tired and exhausted. They had nothing and nowhere to go.

My mother let two hundred of them come into the hotel. Some were just happy to lie on the ballroom floor; there was no other space. People just lay down.

There was an old Catholic priest amongst them, trying to look after them. We lived in a Protestant village, there were only three Catholic families. We would have gone to Mass in the next village; it was a five kilometres walk.

The Protestant pastor in our village offered his church for the priest to use to conduct Mass for his congregation of refugees. The refugees remained, the Russians had conquered the East and no-one wanted to go to live under Communist rule. In seven years, the Catholics had gathered enough money to build a church’.

His story seemed a testimony to the power of human endurance. Impoverished, defeated, grieving, overwhelmed, the people of that community found it within themselves to welcome those who came from the east and build a future together.

Perhaps his sanguine assessment of the state of the world owed much to his memories of those childhood days. What are all the present concerns in international politics when one remembers being a child in Germany in the spring of 1945? 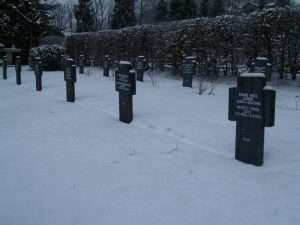