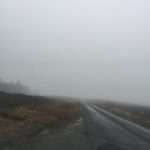 It is odd. Step into the lift in a car park, or hotel, or department store, or hospital, and if there is one other person, they will almost always speak. The words might mean little, a comment about the weather, or the traffic, or something similar. Even if they are no more than observations of the obvious, “a grand stretch in the days,” or “the nights are drawing in;” they are acknowledgements of the presence of the other, perhaps they are marks of respect for their dignity.

If the lift stops and the doors open and a third person steps in, then the conversation, as sparse as it might have been, comes to a halt. Undoubtedly, there are academic studies and comprehensive explanations of why this happens, but because social dynamics explains something, it doesn’t mean it is desirable. If the way group dynamics operates separates us from others, then shouldn’t we be prepared to challenge those processes?

The sort of interaction that occurs in a lift is the only interaction that many people have in their daily lives, the odd word at the post office, or the checkout, or on the bus, or with the postman. Once there were people met along the road, or at the pub, or at the mart, but once sociable places have disappeared; loneliness and isolation have become more prevalent.

The people who might exchange a friendly word with one other person in a lift, but who might become diffident in a situation where three really does mean a crowd, are often those of whom neighbours will speak warmly if anything tragic or unforeseen should happen, yet who may have led lives in which they might have seen no-one in the course of a day.

There are initiatives to address isolation and loneliness, local community and voluntary groups who try to extend a hand of friendship to those who seem to live their lives on the edge of communities, but those living isolated lives tend not to engage; if they were inclined to engage, they would not have become isolated.

The only people who can make a difference are the people who meet people. Conversations in a lift are necessarily brief, but comments can be more open-ended, offer more potential for an interaction that can be remembered. It costs nothing, and reveals nothing, to say something like, “these places can be worrying,” offering the person a chance to say more. In situations where there is no pressure on time, conversations can be enabled by simply showing a willingness to listen.

It’s not so hard to talk. 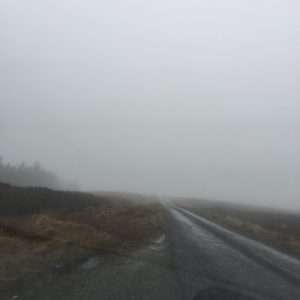