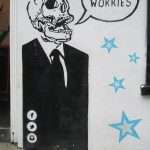 “Le bonheur écrit à l’encre blanche sur des pages blanches,” wrote Henry de Montherlant, the French essayist, “happiness writes in white ink on white pages.” It is sixty years since de Montherlant penned his aphorism, had he been writing in the 21st Century, he might have thought his words particularly apt for the present times. there seems an unquenchable thirst for tales of unhappiness. To speak of happiness or success is to invite a wave of criticism and begrudgery; to tell of misfortune and suffering is to surround oneself with expressions of sympathy and messages of solidarity.

A friend who visited the bookseller WH Smith in England remarked upon there being a “Tragic Life Stories,” section. It seemed extraordinary that people would wish to buy a biography on the basis that it was filled with sadness and grief and pain and misery. It caused a moment’s pondering of how sad a life might need to be in order to pass the criteria demanded for its story to be categorised as “tragic.” How did we come to such a point in our thinking?

Social media have become places where good news has little currency; people have a hunger for the worst. Facebook has become a platform for those whose daily lives seem filled with difficulty, if not outright disaster. The smallest problem or setback is shared so that “friends” may respond with empathic comments and a general bemoaning of the state of the world. The magnification of every insignificant complaint into a matter of principle is not a trend that can be challenged, unless one wishes to incur the wrath of the complainant and all of her friends.

If one wants to understand current political trends, Brexit, Trump, the rise of populism, much of an explanation might be formed from analysis of the rise in the popularity of misery, an analysis of the development of the culture of complaint. It is simple to join in the chorus of moans, to express sympathy toward those for whom daily life seems a litany of perceived difficulties. They would feel affirmed by those who complain along with them.

The phenomenon has been with us for more than a decade. It was in January 2006 that The Guardian journalist, Polly Toynbee expressed a dislike for what she described as “miserabilism,” writing:

“Let’s get one thing clear. This is the golden age – so far. There has never been a better time to be alive . . . than today, no generation more blessed, never such opportunity for so many. And things are getting better all the time, horizons widening, education spreading, everyone living longer, healthier, safer lives. Unimaginable luxuries and choices are now standard – mobile phones sending pictures everywhere, accessing the universe on the internet, and iPods with all the world’s music in your ear. Barring calamity, there will be better.”

To share Polly Toynbee’s comment in response to the daily diet of complaints on Facebook would bring a flood of denunciation; that Toynbee’s comments are true for those of us who live middle class lives in affluent Western societies would be thought immaterial. 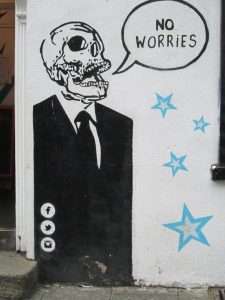