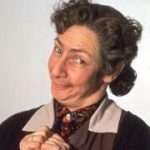 Airport departure lounges seem always to have an odd selection of shops. They seem overwhelmingly directed towards women and specialise in things that people do not need. A delayed flight meant wandering around the shops, browsing to pass the time. Mindful of having a clerical collar, even passing the front of the Victoria’s Secret store was something to be avoided; in a dark suit and black overcoat, it would have felt too much like a scene from Father Ted.

WH Smith offered safe haven for ten minutes, the fiction shelves sometimes offer books for sale before they have reached the high street. The top ten bestsellers were familiar names, none of them seemed particularly appealing. Browsing the literary authors, there were familiar friends, a collection of short stories by William Trevor, JL Carr’s wonderfully atmospheric A Month in the Country: neither of the authors would be adding anymore to their published works, Carr died in 1994, Trevor, last November.

William Trevor’s genius was to write of even the dullest of lives and fill the characters with personality and interest. Nothing could have been more commonplace than the story of Bridie in The Ballroom of Romance, yet as told by Trevor, it becomes a story injected with a passionate desperation. JL Carr’s tale of 1920s England captures a sense of a world changed and changing.

Among the novels filled with violent crime and sexual violence and transient relationships and grim 21st social realism, there must still be old fashioned stories. There must still be writers whose material is the stuff of the everyday lives of ordinary people, stories where there are no dark shadows and no sinister undertones and nothing of the worst side of human nature.

Perhaps it is escapist to be looking for such writers, perhaps it betrays an insecurity to be looking for nice stories, but everyday life is, for the most part, nice. Murder and crime and deviancy are the exceptions, not the norm. Perhaps it is the abnormal that sells books, there were numerous copies of the “shades of grey” series of books, perhaps we have become inured to the idea of accepting the exceptional as everyday.

Trevor and Carr have gone but among their sucessors there will be writers capable of interpreting our own times in the way writers like William Trevor and JL Carr interpreted their times. To reflect our times, the interpretation of the present will necessarily be filled with people who are good and decent at heart.

Niceness might not sell books, but is nevertheless the truth. 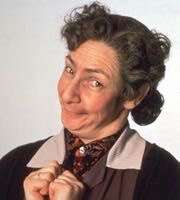