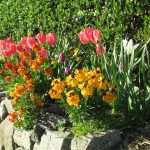 Sitting in the stroke unit, I watched the man sat beside the bed opposite. A mane of white hair and thick black glasses, his initial appearance belied his age. He was attending to the woman who was sat in the bed, propped up by pillows. With gentle words, he wiped her face and tried to ensure she was comfortable. Half an hour had passed before he looked at his watch, bade her goodbye, and raised himself to his feet, making his way from the ward leaning heavily on a stick.

Irving would have recognized such behaviour. Each month, at the Holy Communion service in the nursing home, he would be there, with his wife sitting beside him.

It was a formal occasion. There were hymns to be sung, and a linen cloth and fresh flowers on the table. The service was used in full; there was even a sermon. He would be holding the hymnbook for her and pointing out the prayers.

Wearing jacket and collar and tie, he treated the occasion as he would his Sunday morning worship. He would say “thank you” for the sermon and say that his wife had enjoyed the hymns and would try to conduct himself as if they were at the parish church, where they had worshipped for years, and not in the drawing room of a nursing home.

They had never had children, perhaps it might have been easier if they had. His regular drive to the nursing home was followed by a return to an empty house. They had reached an age where many of their friends were infirm, or dead, and he seemed aware of the growing solitariness of his life.

The steady progress of the dementia she suffered did nothing to lessen the regularity of his visits, or his expressions of devotion for her. Her birthday, their wedding anniversary, and Christmas, were marked by his arrival with bouquets of fresh cut flowers. Even when the illness reached the point where she was virtually bedridden, there would be big cards on the bedside cabinet; Saint Valentine’s Day never passed without a card adorned by a big red silk heart appearing on the shelf above her bed. Sometimes, there would be a deep sadness in his face, once he caught me watching him and smiled; there were thoughts that could never find expression in mere words.

He lived seven or eight miles distance from the home and would regularly say to call in if I should be passing. Once I did, and he was out. I left a card and he phoned that evening, “Mr Poulton, I missed you, but I would love you to call again.” I returned at some later date and we sat in his front room at an electric fire before going to the dining room to eat sandwiches and eat cake from bone china on the polished table.

The inexorable progress of her illness eventually reached its logical conclusion and she was buried from our church rather than their home parish, he thought it more convenient. Calling with him the day after the funeral, he seemed a man from whom a great burden had been lifted. He had decided it was reasonable to use my Christian name and, as we sat in the front room, said, “Ian, do you notice anything different about the place?”

“I have the central heating turned on; I’ve not been able to afford it for some years – the nursing home fees. I know I could have moved her somewhere cheaper, but that would have been selfish of me. I always wanted her to have the best.”

He was nearer ninety years of age than eighty and had been sitting in the cold to ensure his wife, who was oblivious to her surroundings, had the most expensive care in the county; not because of what she might think, for such capacity had gone from her, but to satisfy himself that his devotion was true.

Irving would have been in the hospital ward today. 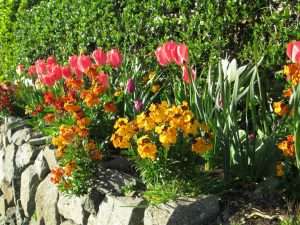